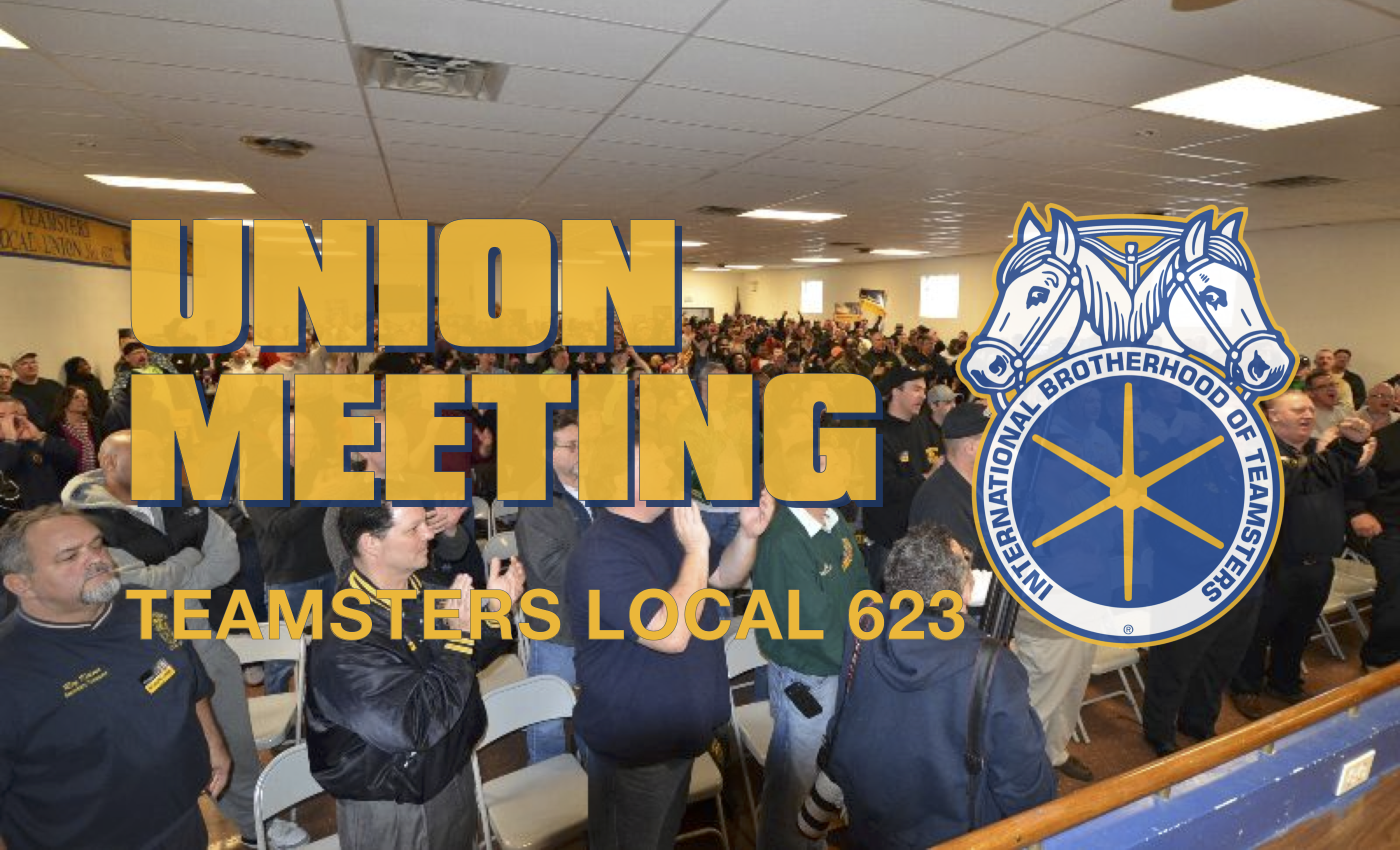 The shop stewards' meeting will be held immediately before the meeting at 10:00 AM. All stewards are expected to attend.

Eastern Region Package Director and International Trustee, Vinnie Perrone will be in attendance to address the Local. Perrone is the President and Principal Officer of Teamsters Local 804, which represents more than 7,000 Teamsters in metro New York. During UPS contract negotiations, Perrone united Local 804 members to Vote No and reject contract givebacks by 95 percent—the largest margin in the country.

On March 22, 2022, Perrone was sworn in as Trustee of the International Brotherhood of Teamsters and appointed Eastern Region Package Director. His goals as International Trustee include ending concessionary bargaining, reforming the grievance panels, and taking on the nonunion threat posed by Amazon.