Did you know that the top executives of UPS make more in one day than some workers make in a whole year? 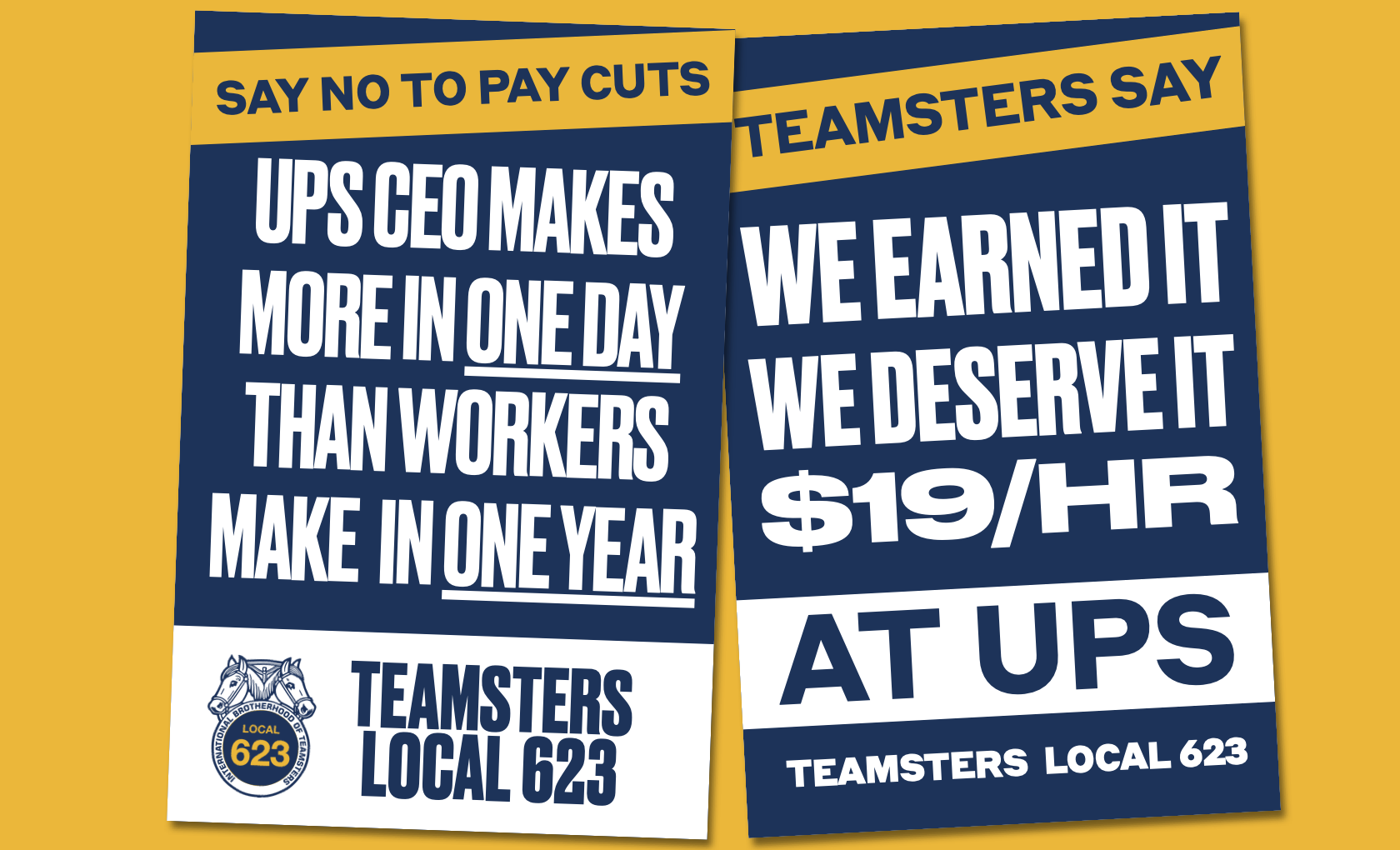 UPS is pushing a new scheme to cut workers' pay. During the pandemic the package giant was forced to raise wages above the contract minimum through what they called a Market Rate Adjustment (MRA). This adjustment was not a charitable gift but a necessity because UPS entry wages were too low to keep workers from leaving. The company raised wages to $19 an hour in order to compete with other companies offering higher wages.

Now UPS wants to reduce wages and introduce pay cuts across the board to drop workers down to the contract minimum. The company knows that this will result in mass quitting and that's just what they want. UPS hopes to cause frustration, demoralization, and division in the Union. They want to hire new workers at a lower rate, force veteran workers to work harder and faster, and violate the contract by having supervisors move Teamster work.

Say NO To UPS Pay Cuts!

Make no mistake, this is not a business necessity. UPS can afford to pay all Teamsters at least $19 an hour. In fact, UPS posted record profits two years in a row with Teamsters earning the company more than ever before. Profits over last year are up 22.6% yet UPS executives want Teamsters to take up to a 27% pay cut.

Meanwhile, top execs at the company earn between $4 million and $6 million a year. With plenty more money coming in the form of bonuses and other incentives. That means corporate leaders will make more money in one or two days than workers would in a whole year.

We won't stand for this. Teamsters Local 623 is mounting an effort to fight back and we need YOU to join. Union leaders, stewards and rank-and-filers will be at the gates in the coming weeks circulating petitions and preparing to fight.

Make sure you get involved. We need everyone to stick together. Talk to your sisters and brothers at UPS gates, sign the petitions, and come to our next General Member Meeting on February 20th at 11:00 AM to plan how we can stand together and fight back.