In an historic and long-awaited decision, an arbitrator has ruled in favor of Teamsters Local 710 in its 2017 protest against UPS’s use of PVDs, or Personal Vehicle Drivers, without first bargaining over their wages and other terms and conditions of employment. 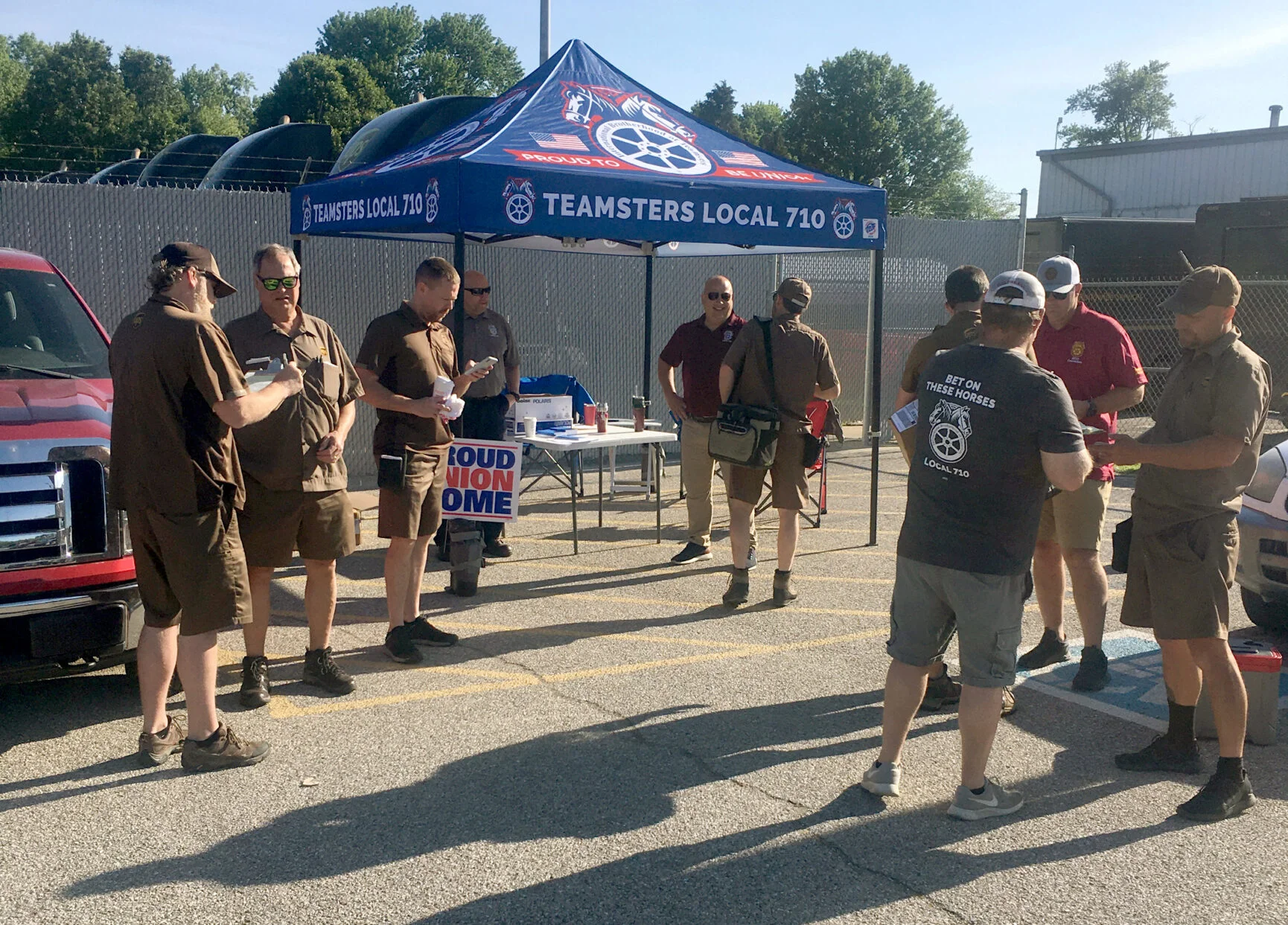 In 2017, UPS informed Local 710 that it intended to use PVDs in the upcoming peak season. The Union immediately demanded bargaining, but UPS pushed ahead and unilaterally implemented PVDs, prompting Local 710 UPSers to file hundreds of grievances over the course of four peak seasons.

“UPS has had this attitude of, ‘We can do what we want and you can’t stop us,’” said President Del Schaefer. “Our members took up the challenge and stuck up for their rights, and this decision strongly solidifies that we as Teamsters can and will stop them. This has huge ramifications not just for their use of PVDs, but for the overall workplace dynamic moving forward, and moving into next year’s negotiations.”

Business Agent Ron Dillon filed the original protest when UPS first began utilizing PVDs – a practice that has since invaded a majority of 710 UPS barns – citing the direct violation of the Local’s collective bargaining agreement (CBA). Local 710 negotiated clear language into the CBA covering new methods of performing bargaining unit work: when UPS implements “new types of equipment or operations” not classified in the CBA, they must negotiate with the Union. The arbitrator agreed that PVDs clearly fit this bill.

“We knew right from the beginning that this was a blatant disregard of our contract,” said Schaefer. “Ron did a great job of amplifying our members’ voices and igniting the process that has ultimately led to this huge, unprecedented win for UPSers here and across the country.”

In addition to the requirement to bargain over PVDs, the arbitrator also ordered UPS to provide Local 710 with comprehensive information on PVD hires. The Local has stacks of grievances that will either need to be settled or go to arbitration as well in light of this ruling. 710 Business Agents are moving quickly to begin that process.

“I want to thank our stewards and members for not backing down and standing unwaveringly together as one united front,” said Secretary-Treasurer Mike Cales. “I’m also incredibly proud of the work done by the Local and our legal team led by Attorney John Bielski of Willig, Williams & Davidson to bring this one home. The Company should finally see what has been true for years: 710 will never walk away from a fight for our members’ rights. The writing’s on the wall, and UPS should see this as a sign of things to come.”