The teamsters union says the pay reduction was illegal.

Two thousand UPS workers in the Philadelphia region have signed onto a demand to raise wages after part-time employees were hit with an unannounced pay cut. 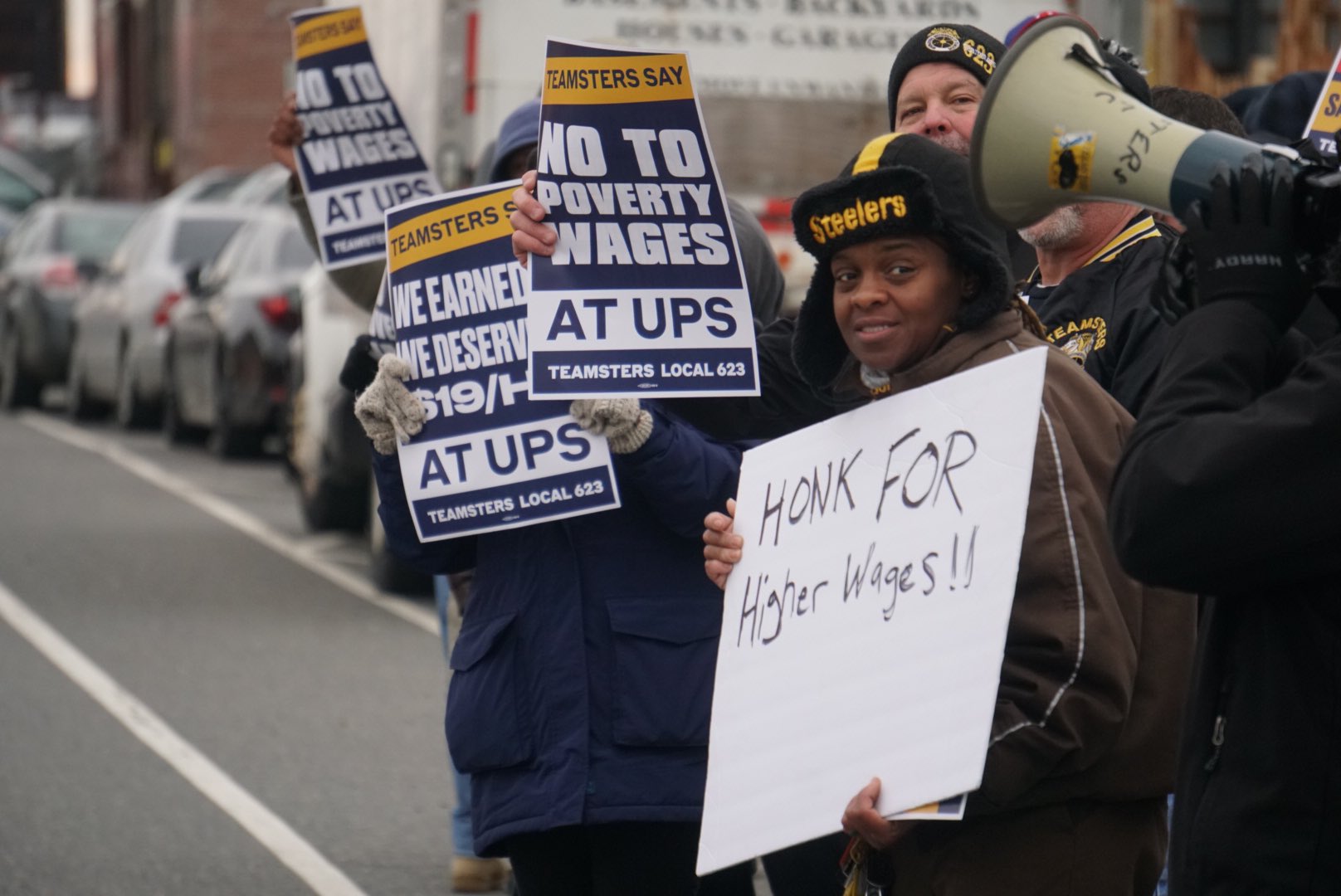 A Thursday morning protest organized by the Teamsters 623 Local union drew about 75 workers, elected officials, and organizers to the South Philly UPS complex. The Oregon Avenue shipping center employs more than 1,350 people across customer service, drivers, and warehousing, according to a union spokesperson.

Shamar Hudson, a warehouse worker getting off his shift as the rally began, told Billy Penn there wasn’t any warning from management before his pay was slashed from $19 to $15 an hour.