Solidarity with Amazon Workers in Alabama

Teamsters 623 stands with Amazon workers in Bessemer Alabama as they vote on their union election.

Amazon has pulled out all the stops to crush this union drive including changing traffic patterns to ensure that workers do not have a chance to talk to each other, presenting anti-union propaganda to scare workers, and even offering workers bonuses to quit the job ahead of the vote. And Amazon hired anti-union law firm Morgan-Lewis to fight back against the workers trying to organize. Local 623 stood with Amazon workers and allies out front of Morgan-Lewis' Philly offices to send a message to workers in Bessemer: We're with you. One Union. One Family. 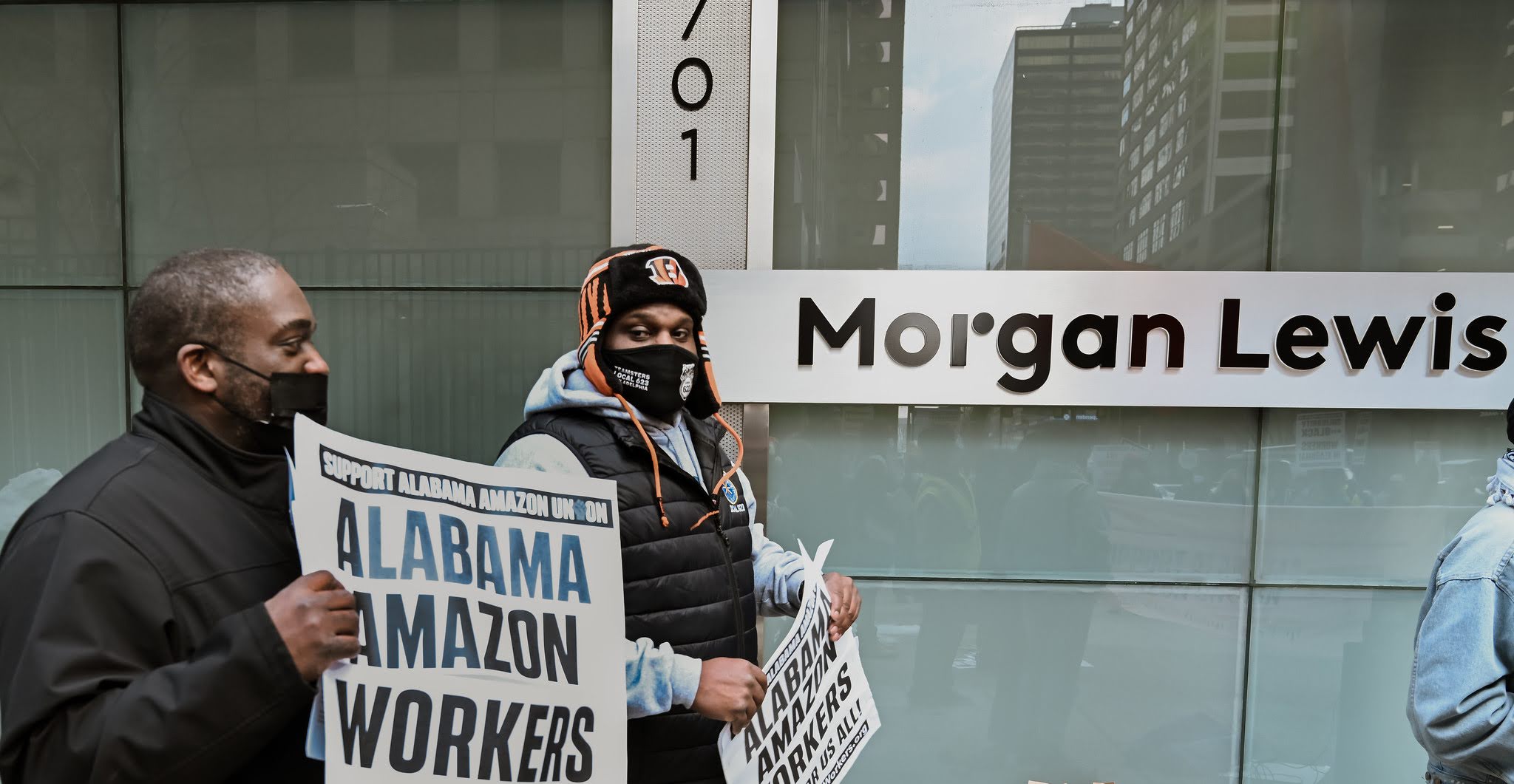 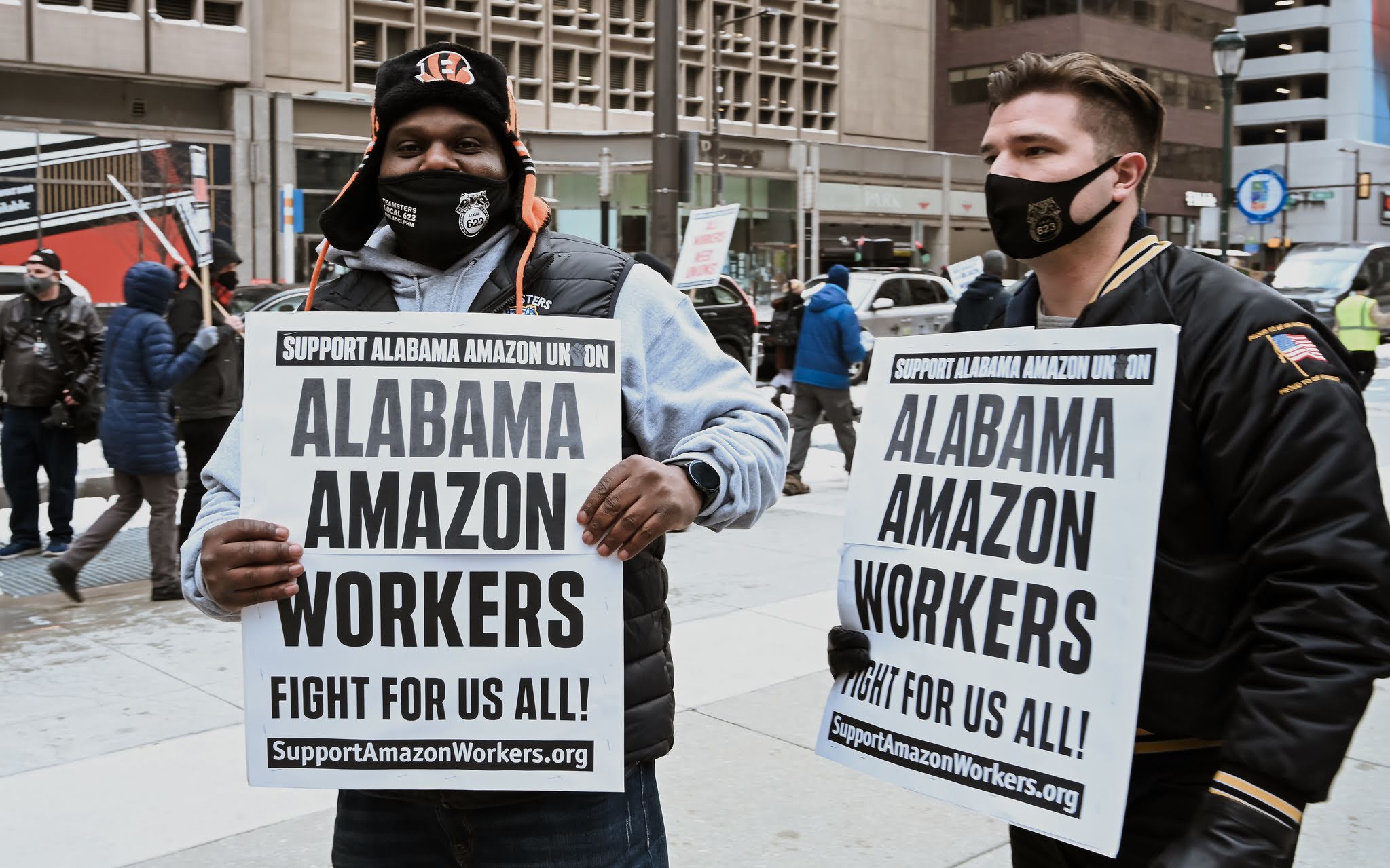