Saturday, April 30 2022 Teamsters Local 623 invites this year's scholarship winners and their families to attend a banquet in their honor.

Scholarship winners will receive their awards at a luncheon to celebrate their achievements at the Union Hall. All awardees will be announced shortly.

In October of 2004, the Executive Board approved the establishment of the William J Cooke Memorial Scholarship Fund in recognition of Bill Cooke’s tireless efforts to improve the working conditions of his fellow brothers and sisters. Bill “Cooke” was a Teamster member for 31 years. For more than half of his career, Cooke served as an elected Union officer.

Scholarships are awarded on the basis of scholastic achievement and personal qualifications as determined by the Selection Committee. 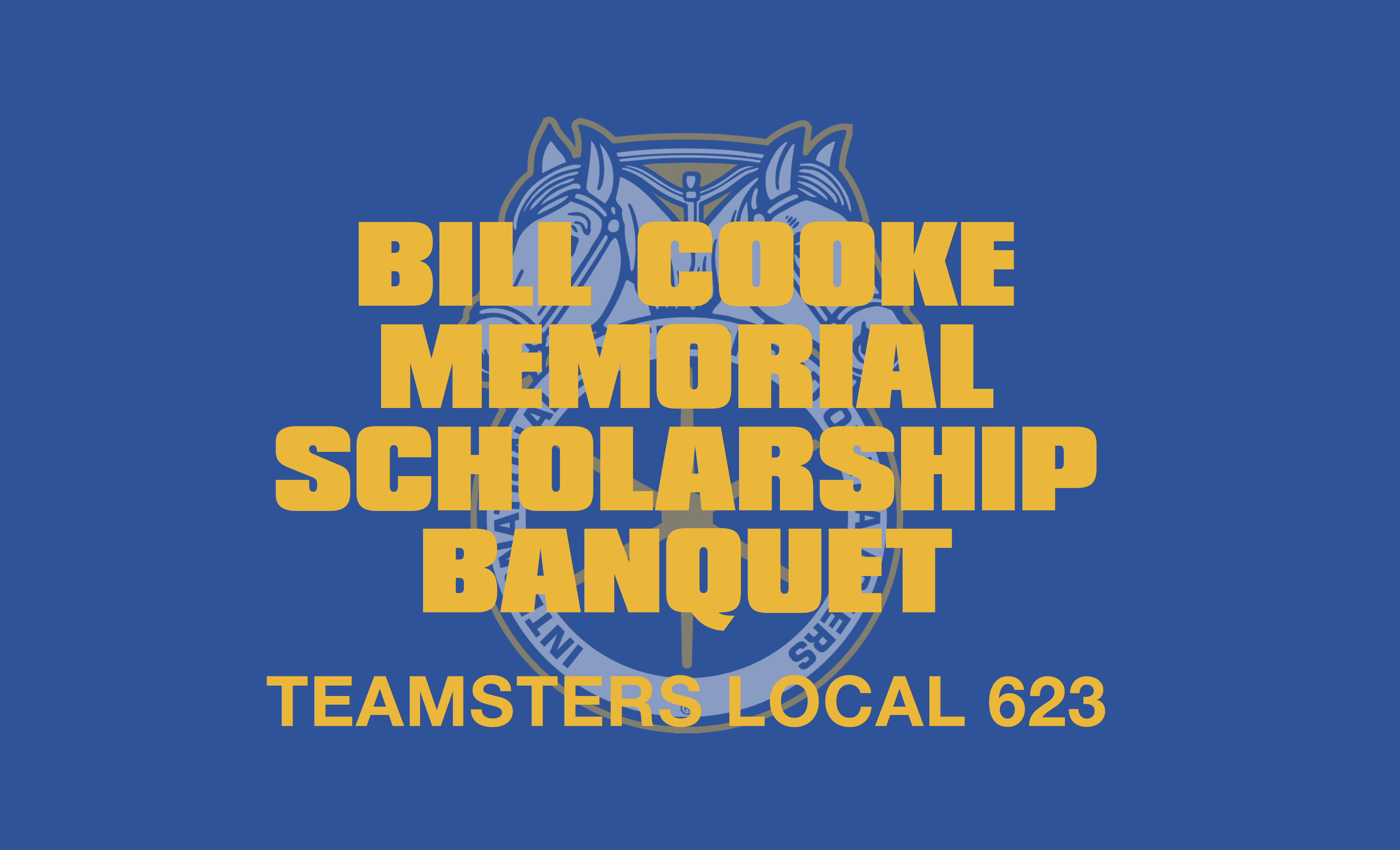