The 2021 Teamster Convention passed a resolution to win Martin Luther King day as a paid holiday in Teamster contracts. Now Teamsters across America are standing together to demand that UPS deliver on the dream. 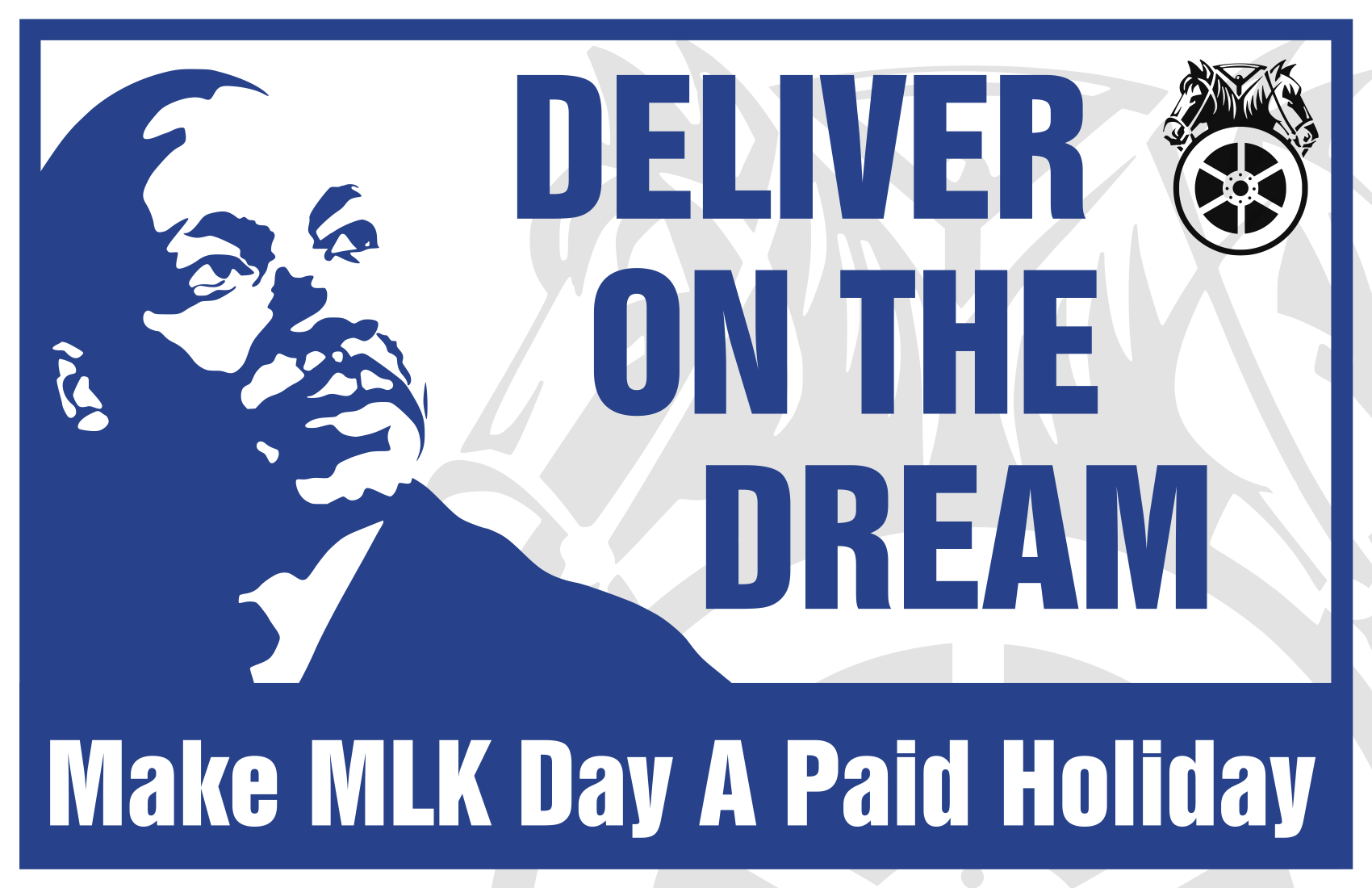 Dr. Martin Luther King Jr. was famous for his leadership in the Civil Rights struggles of the 1950s and early 60s. But did you know that Dr. King was a staunch defender of workplace rights, collective bargaining, and the labor movement? King envisioned a world where working people made dignified wages, not just the bare minimum. He understood the power of the Union movement as "the principal force that transformed misery and despair into hope and progress."

His commitment to working people was more than skin deep. In fact, Dr. King was assasinated in 1968 while he was demonstrating his support for Memphis sanitation workers in their strike for higher wages, dues checkoff, and overtime pay.

Today, we remember Dr. King with an official federal holiday but that holiday is not recognized by UPS. The package giant is happy to use Dr. King's image, post his inspirational quotes, and promote corporate MLK Day events, but the best way to honor the legacy of Dr. King would be to respect his wishes that all labor be treated with dignity.

That's why we're demanding that MLK Day be officially recognized and acknowledged as a paid holiday by UPS.

Meet us at Oregon Avenue and the PHL Air Hub to sign the petition and show support!