Teamsters Local 623 members at the Philadelphia Greyhound station voted unanimously yesterday to ratify their new three year contract. The fight for this contract was long but workers stood firm and after picketing -- which generated significant media attention and broad support from the area labor movement -- the Company and the Union were able to move closer together. 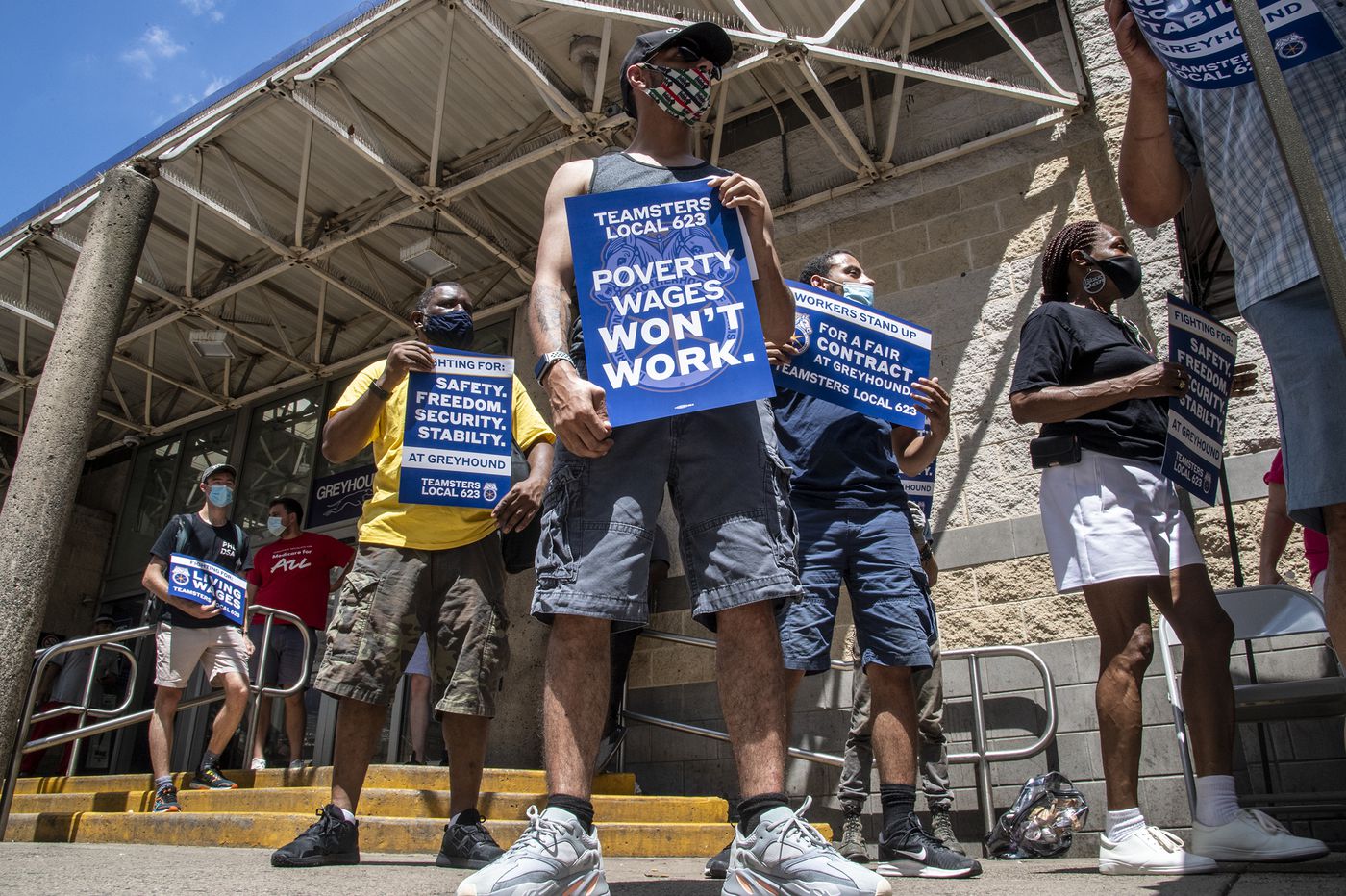 On Wednesday September 16th, after months of negotiating, Greyhound ticket-agents, baggage handlers, and custodians cast ballots for a new Collective Bargaining Agreement. The ratification vote was unanimous and the new contract will take effect immediately.

The agreement features new protections that workers have never won in negotiations before, including:

The negotiating team would like to thank all members for their hard work on this contract. Together, under difficult circumstances, Local 623 won a strong agreement and we could not have done it without the unity and solidarity of all the workers involved.