On Tuesday, July 28th Greyhound workers and supporters gathered in front of the main entrance to the Philadelphia Greyhound station on Filbert Street to picket the employer for bad faith bargaining. "We didn't come to beg!" said Teamster 623 Secretary-Treasurer and Principal Officer Richard Hooker Jr. "We came to bargain!" the crowd roared back. 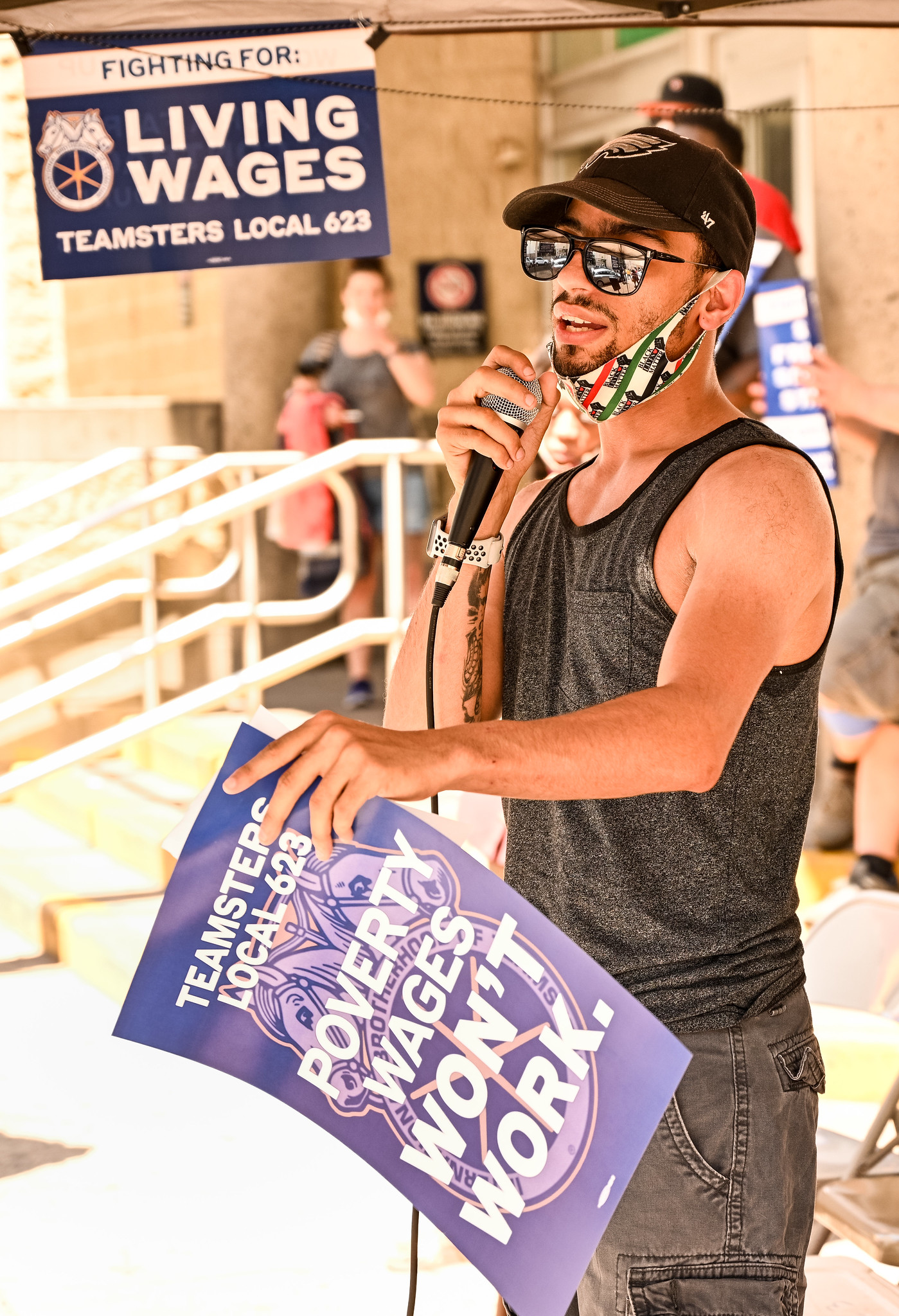 Local 623 represents ticket agents, baggage handlers, and janitors at Greyhound's Philadelphia terminal. Greyhound Teamsters are fighting for health and safety language and living wages at the bus company. Greyhound posts nearly a billion dollars in revenue each year but the company has made clear that they wish to pay Teamsters as low as the law allows.

Greyhound Teamsters Jerrod Martinez and shop-steward Carolyn Natson told the crowd that they won't back down and will fight hard for decent working conditions and living wages.

Many local unions sent representatives to support the picket including the United Food and Commercial Workers (UFCW 1776), the Brotherhood of Maintenance of Way Employees (Penn Fed BMWED), the Pennsylvania Federation of Teachers (PFT), the Community College (AFT TK), members of District 1199C and others. Philadelphia City Council-member Helen Gym also came to show support and fired up the crowd, blasting the company for refusing to bargain in good faith.

Teamsters Local 623 would like to thank all who showed up to demonstrate for a fair contract, safety, and security for Greyhound workers.

The Philadelphia Inquirer and Daily News covered the picket in their Wednesday editions. Click here to read the story. 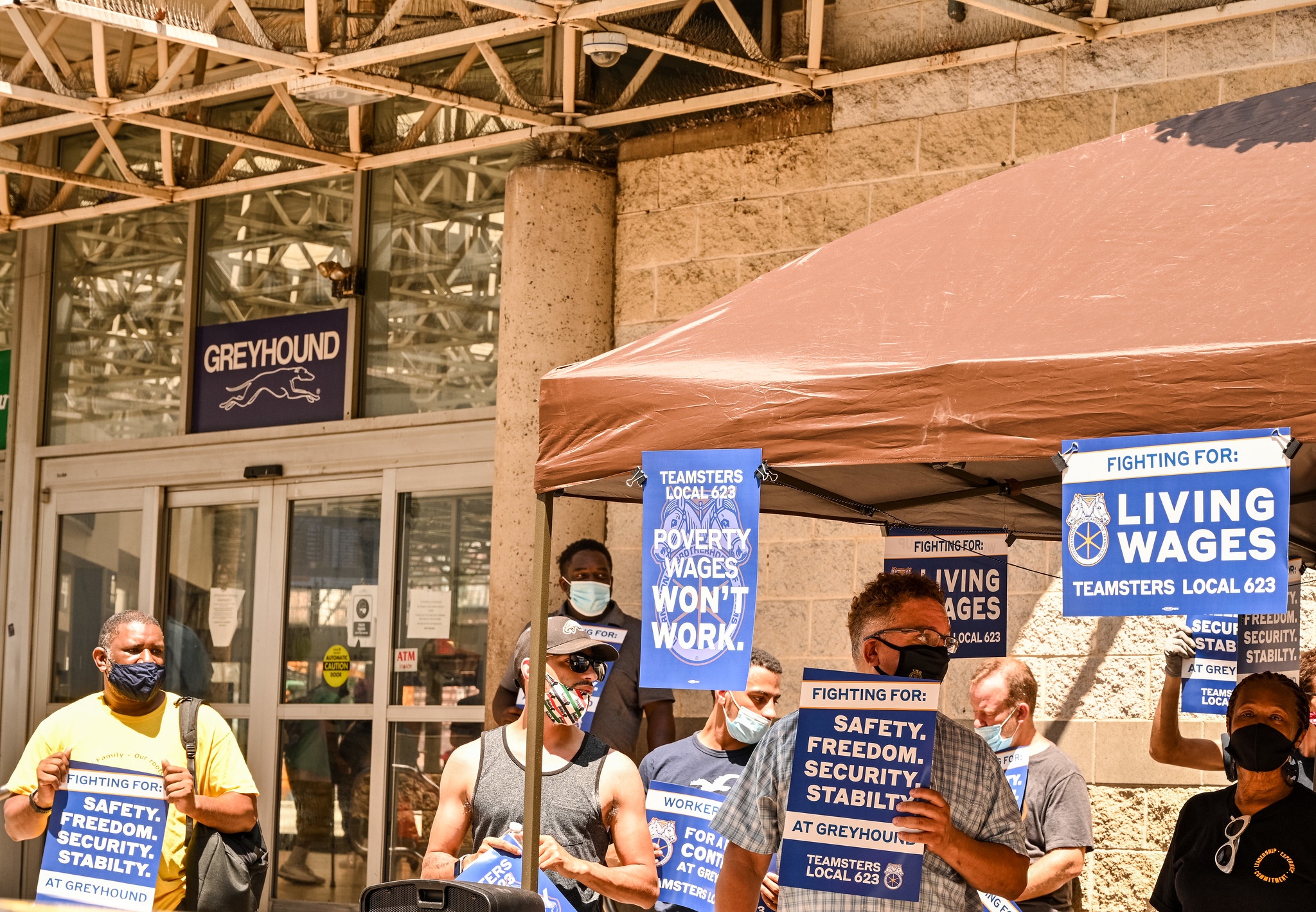 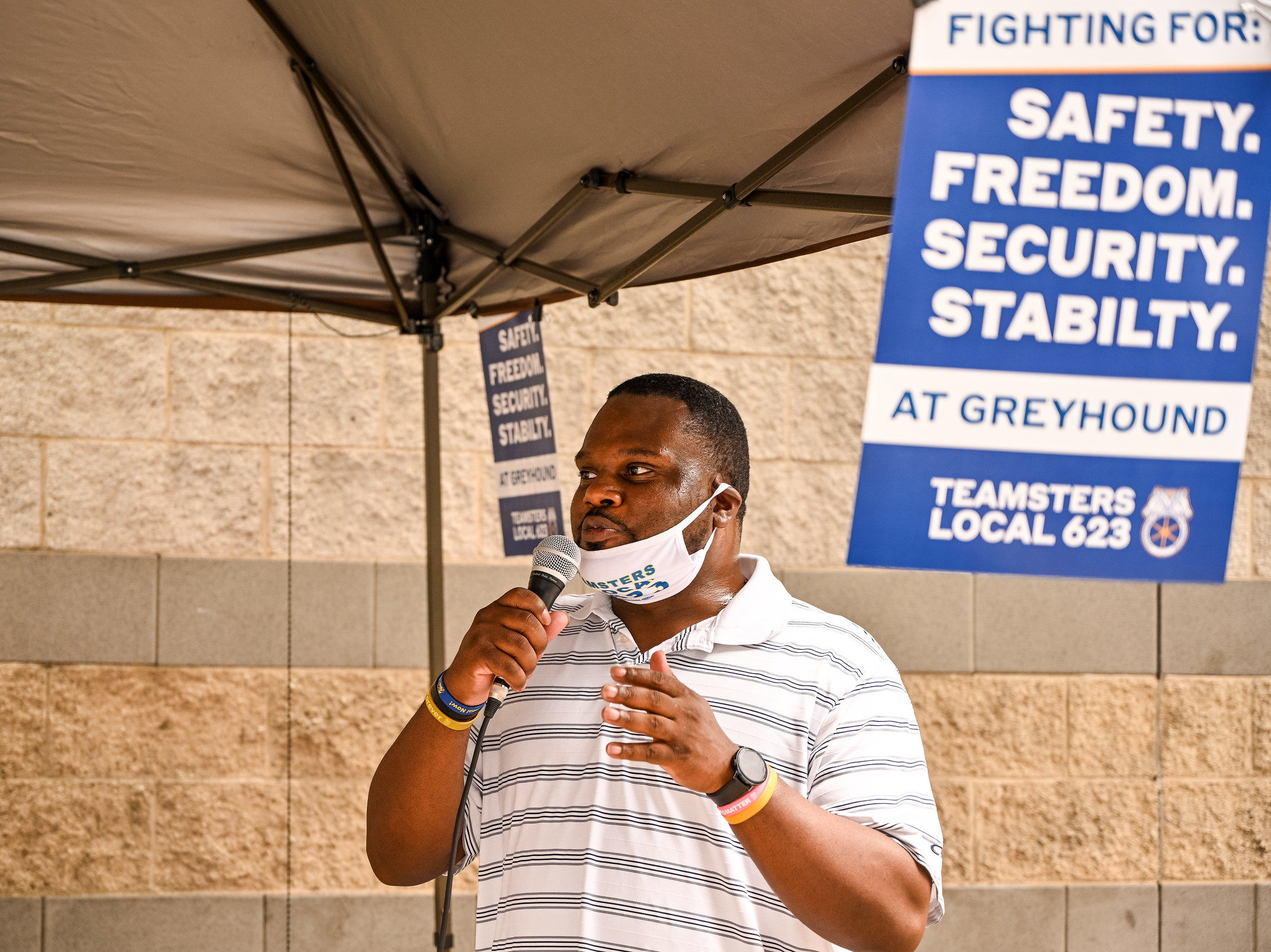 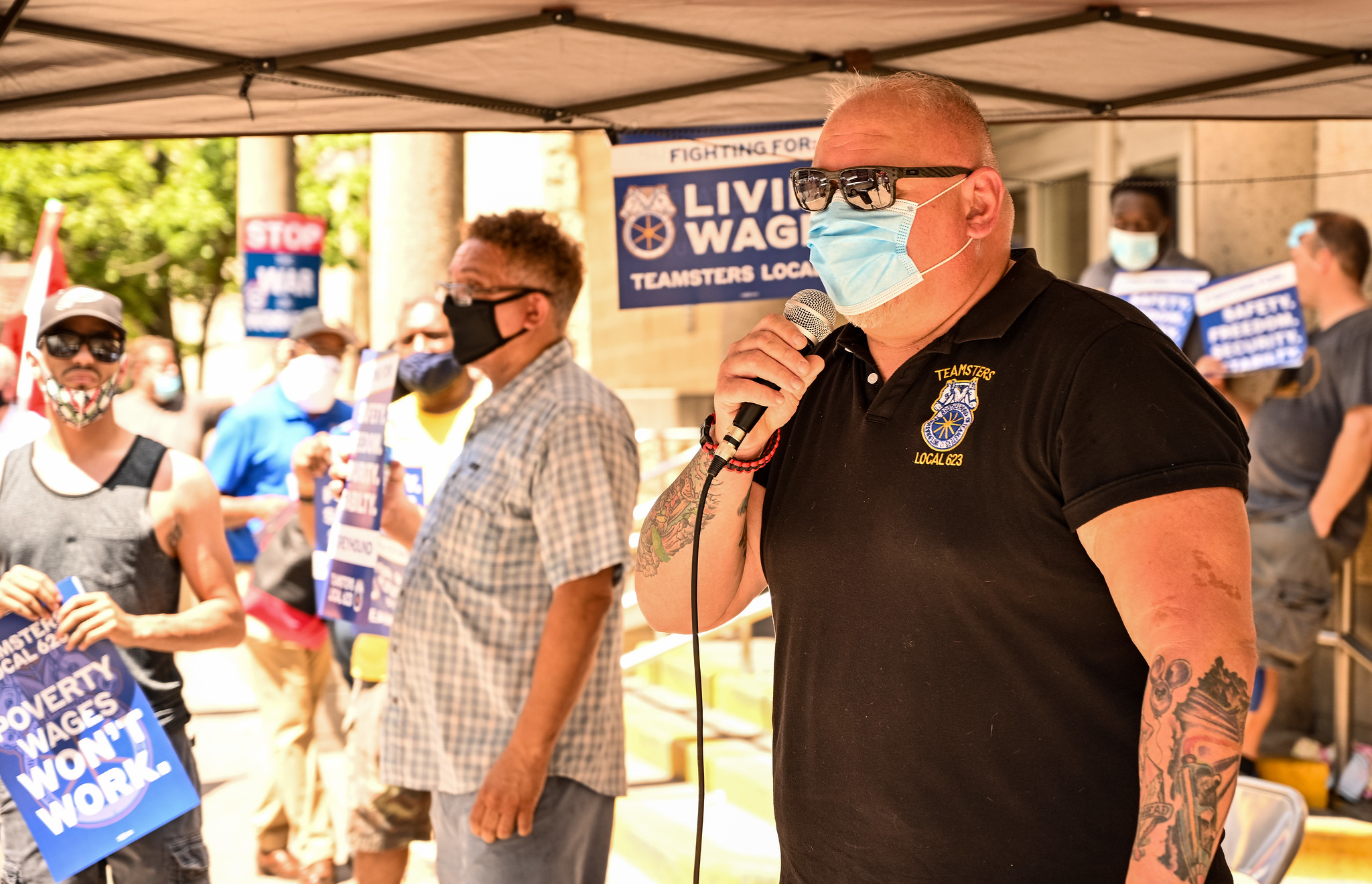 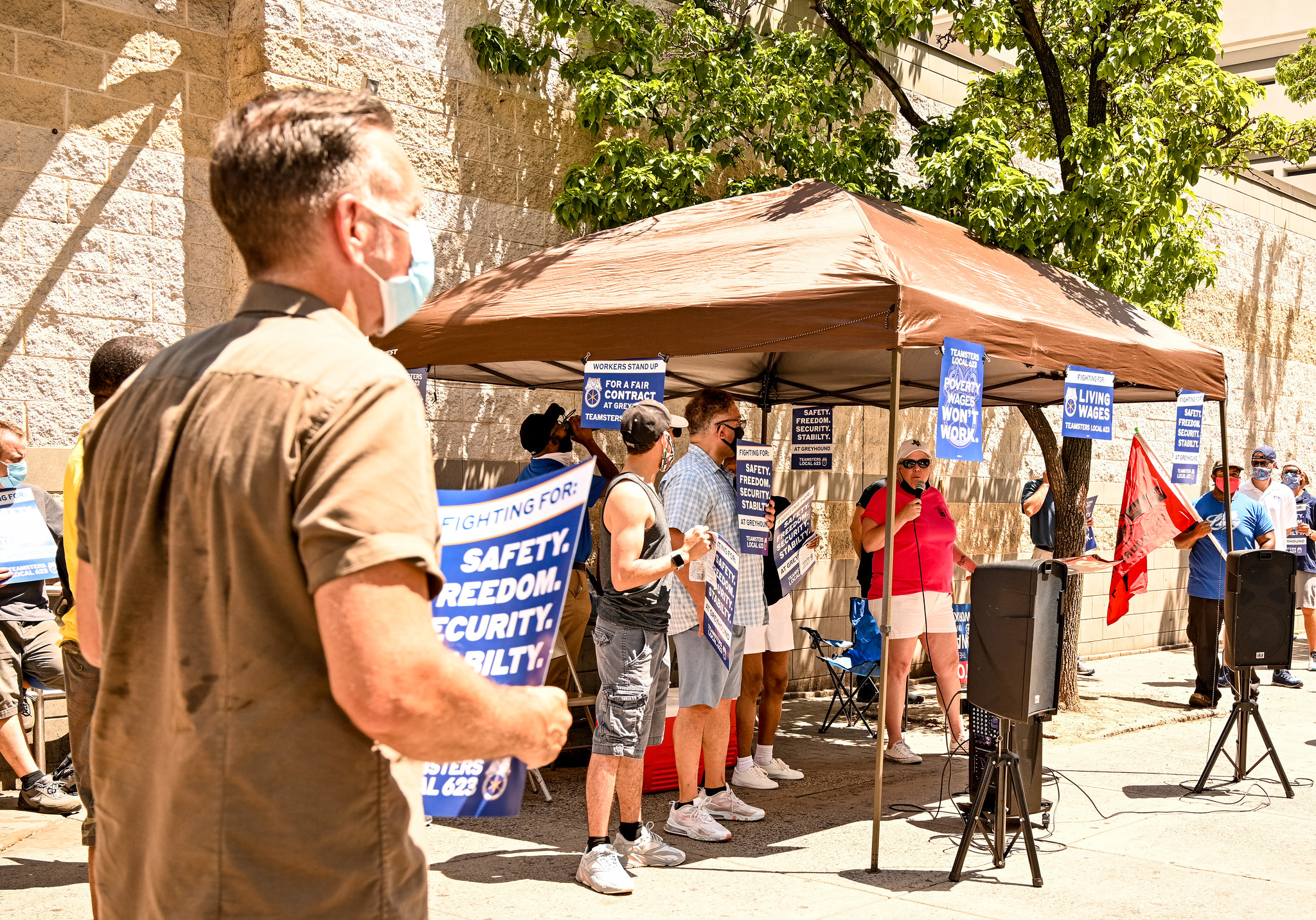 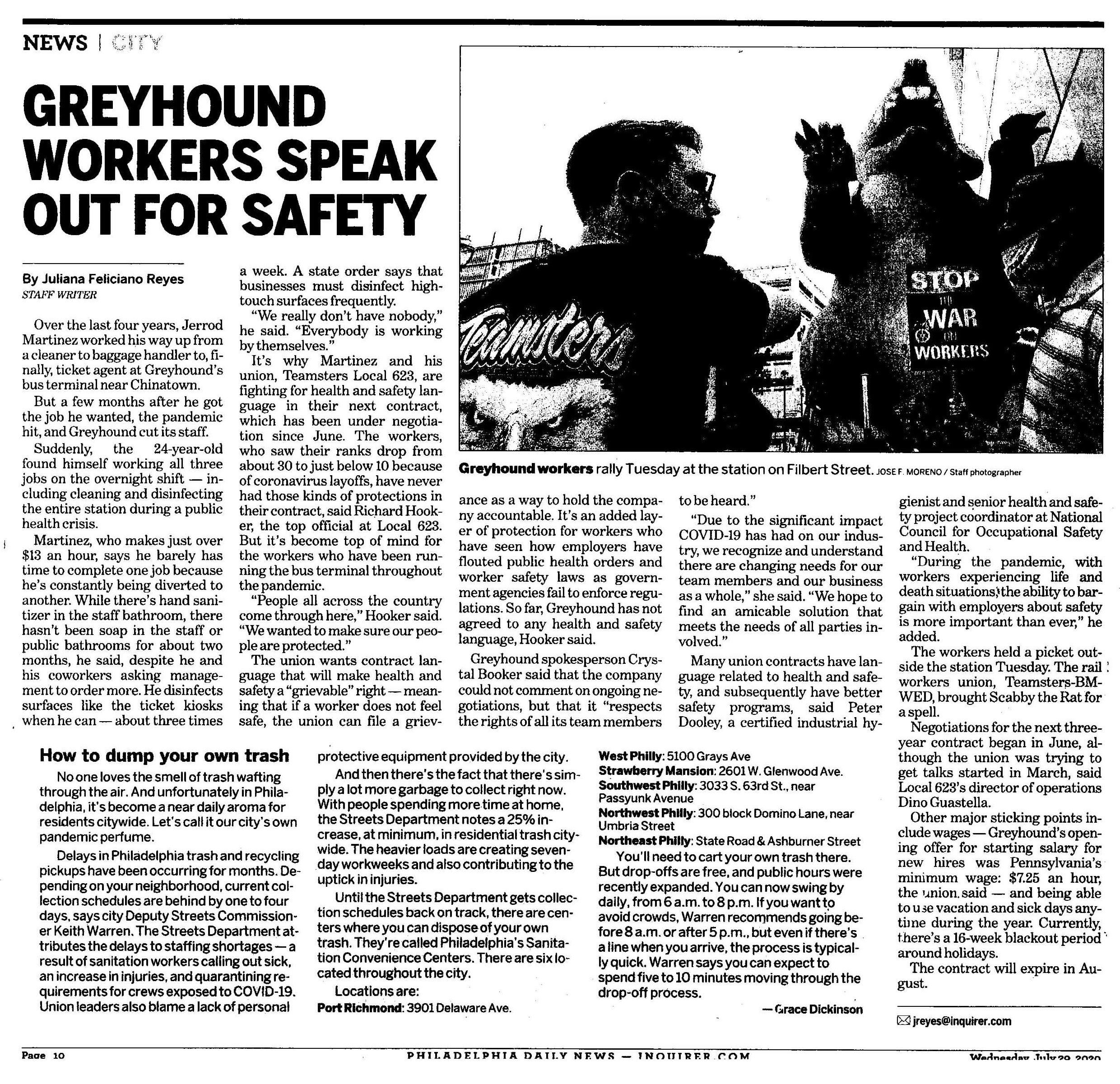