"Around the country, rank and file union activists — from teachers to journalists to warehouse workers — have challenged the establishment, who they say is too complacent, too cozy with management, to fight for workers and keep corporations in check."

When the meeting was called to order, some UPS workers who had been with the company for decades could barely believe their eyes.

Membership meetings like these are mostly empty. But on this snowy Saturday morning in Bridesburg, a sea of black and yellow satin Teamsters Local 623 jackets buzzed around a packed hall. 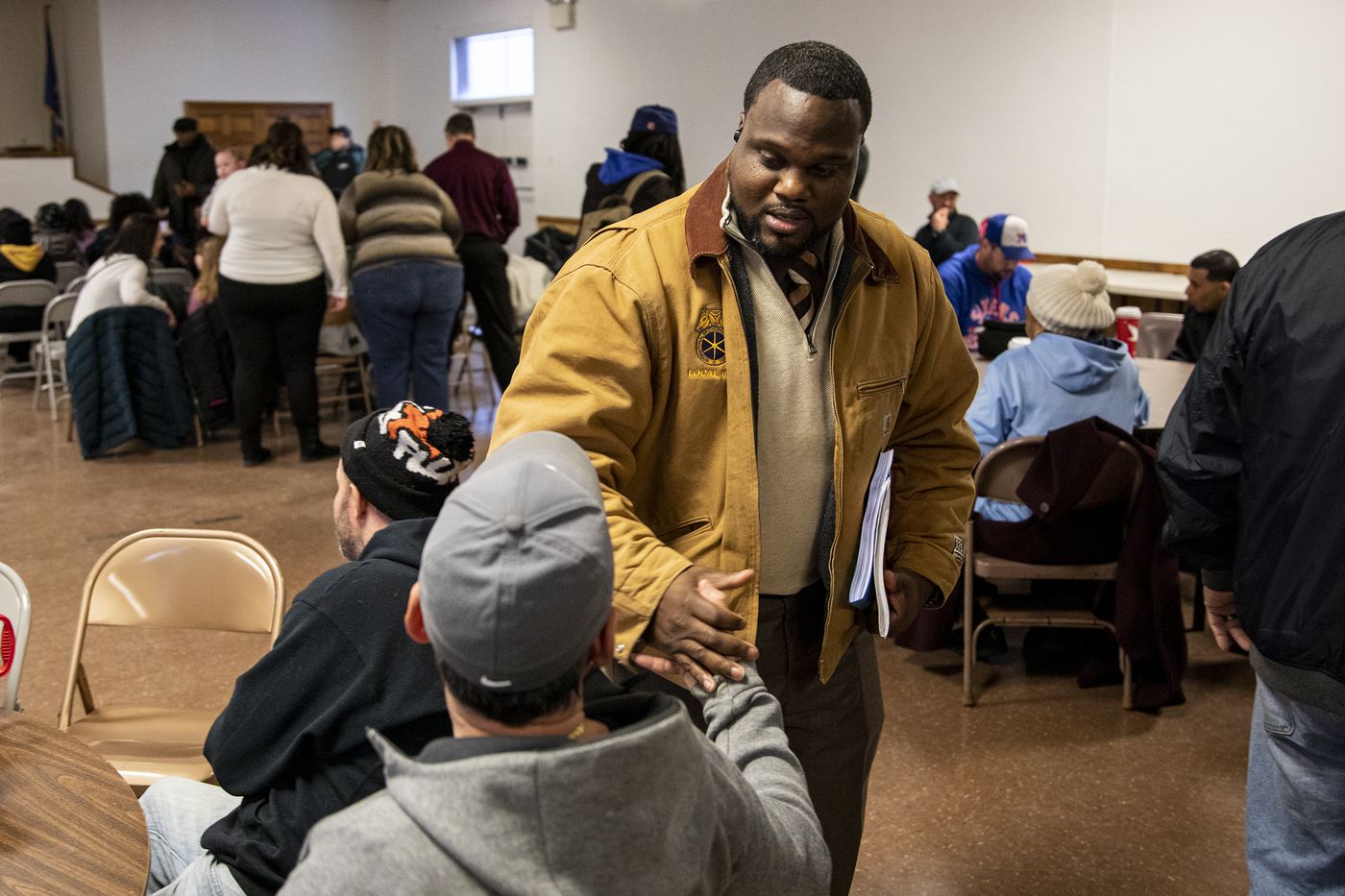 For the first time in more than two decades, there’s a new crew running the shop. And at the top of the elected slate is a black man — the first to lead the 101-year-old local — and one who’s spent his entire adult life doing the backbreaking work of a package handler at UPS’s massive East Coast facility by the Philadelphia airport.

The rise of Richard Hooker, Jr., 40, and his slate, dubbed #623livesmatter, marks the culmination of a grassroots effort to revitalize a 4,500-member shop at a major corporation during a time when legacy unions have languished. Around the country, rank and file union activists — from teachers to journalists to warehouse workers — have challenged the establishment, who they say is too complacent, too cozy with management, to fight for workers and keep corporations in check.

That struggle has been brewing for some time within the storied International Brotherhood of Teamsters, a union of 1.4 million members. Given the Teamsters’ size and presence in strategic sectors — from truck drivers to logistics workers — a successful challenge has important lessons for the entire labor movement. 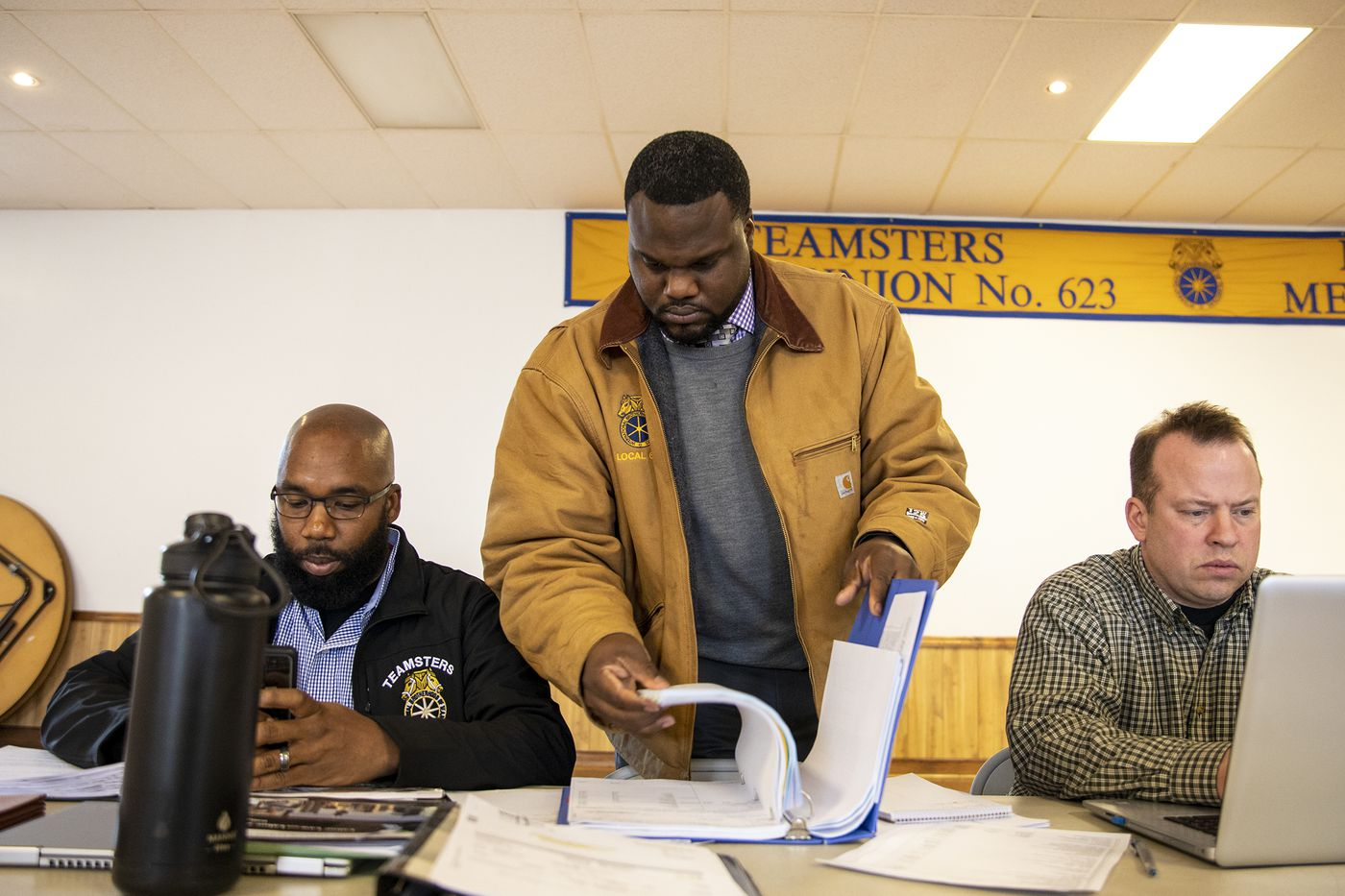 It was during contract negotiations in 2014 when Hooker became disillusioned with his union’s leadership.

Hooker, who grew up in Fayetteville, N.C., and started working at UPS part-time while attending Drexel, had been a shop steward for six years, charged with being “the first line of defense” for members when they’d deal with problems like harassment from supervisors or supervisors doing the work of the rank-and-file — a common contract violation.

Hooker’s coworkers were unhappy with the contract that the international union had negotiated for them. They felt misled by officials about the cost of their health care benefits. On top of that, workers felt as if their elected leaders never came around to the shop floor to proactively investigate contract violations.

When Hooker raised the issue with union leaders, whom he had grown close to, they told him to tell members to suck it up. Hooker, a devout Baptist with a deep sense of right and wrong, was floored.

“When our leaders tell me to tell our members that they have to grin and bear it, pull your pants up and stop crying, that’s an issue because we pay them to protect us,” he said.

He teamed up with other union activists who had already been agitating for change. Most, like Hooker, were longtime shop stewards, people like Nathan “Jumbo” Daniels, who had a reputation for defending their coworkers’ rights and not fearing management. They were “the grievance kings,” as 15-year UPS veteran Kissy Thomas-Hampton put it, referring to the formal complaint that union members can file when they think the contract has been violated.

They put Hooker, or Hook, as they call him, at the top of the slate because he has “the best personality” of the bunch, said Joe Esposito, vice president on the slate. Hooker was known for treating everyone with respect, regardless of seniority or job title, said James Romeo, another slate member. Levelheaded and charismatic but firm, the father of four knows how to talk to people. At times, he sounds like a preacher — his father’s profession — extolling the virtues of a strong union and what the possibilities are when workers stand together.

And it was significant that Hooker and most of his slate were “inside” guys — those who do the most physically demanding work inside the facility but get paid less than most drivers. Part-time inside workers, the first job most UPS workers get at the company, start at $14 an hour. Most full-time drivers start at $21 an hour. Inside workers in his local are overwhelmingly people of color, Hooker said.

“That’s when I knew we were gonna win if we stayed at it,” Hooker said. 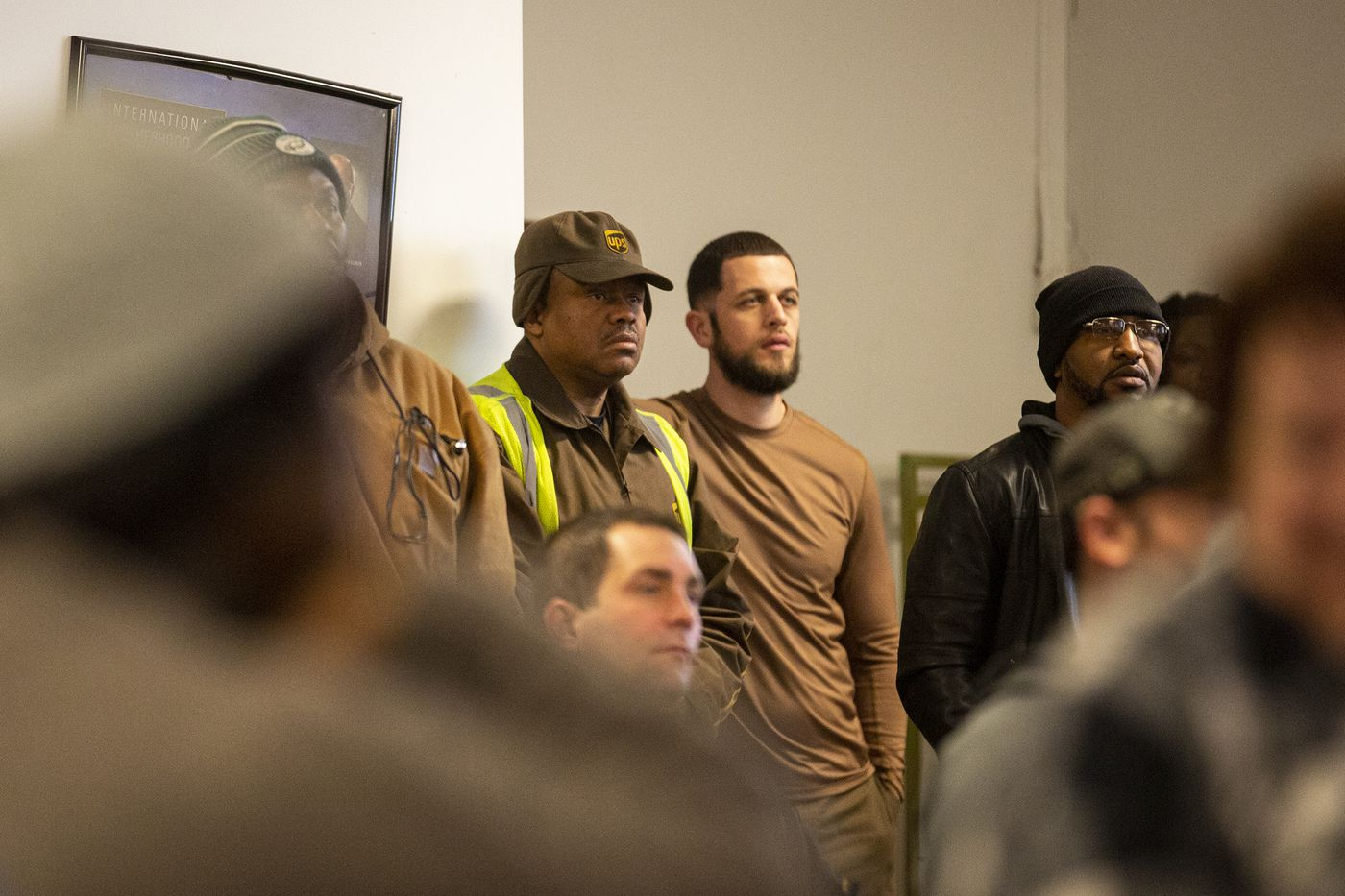 It’s not easy to unseat incumbents in a union. Most unions are the equivalent of a one-party state, where leaders have held power for decades. The incumbents have access to the members and the money to mount a campaign. And since insurgent candidates are also workers themselves, they have to run their campaign on top for a 40-plus hour workweek.

“The traditional old guard view is if you train and develop grassroots leaders in the union, then you’re training your opposition to run against you,” said David Levin, lead organizer at Teamsters for a Democratic Union, the long-standing reform movement within the Teamsters.

And that’s a problem, Levin said, because the real issue plaguing unions is not that there are bad leaders. It’s that there aren’t enough leaders — not just elected ones, but rank-and-file leaders who feel empowered to file grievances when they see supervisors breaking the rules, those who can rally their coworkers around a vision of power.

That power was in full force in 1997, when the Teamsters executed the biggest strike the country had ever seen: 185,000 workers shut down UPS for 16 days to fight against the company’s reliance on part-timers, resulting in thousands of workers becoming full-time.

Given that history and the recent uptick in national strikes, Levin said there’s a sense of untapped worker power within the union — and reformers are seizing on that unrest.

In the fall of 2018 came a decisive move that “unwittingly fueled an expansion of opposition caucuses across the country,” said Robert Bruno, a labor historian at the University of Illinois at Urbana-Champaign who wrote the 2003 Reforming the Chicago Teamsters: The Story of Local 705. After rank-and-file activists like those with #623livesmatter spent weeks organizing workers against what they believed was a bad contract, 54% of the 92,604 voting UPS workers voted down the tentative agreement.

But top leaders used a clause in the union bylaws to impose it anyway — a move even the Eastern region’s highest Teamsters official Bill Hamilton said he disagreed with. It sent the message, Hooker said, that members’ votes didn’t count.

His team mounted a more aggressive campaign this time and used social media and their weekly radio show on South Philly community radio to educate members about their rights, covering topics such as how to win a grievance, deal with an aggressive supervisor, and file for family or medical leave.

Hooker’s only regret is not having a woman on the slate, something he hopes can change.

Hooker, who lives in Mayfair, now makes about $104,000 a year — 5% less than his predecessor and a pay cut he imposed on himself.

And his slate wasn’t the only instance of rank-and-file workers pulling off a successful challenge. In the last year, opposition slates won leadership in seven other Teamsters locals across the country and narrowly lost in four others, said Levin, whose Teamsters for a Democratic Union trains union activists like Hooker.

Bill Shanahan, the former top official of Local 623, did not respond to requests for comment.

A new sense of backing

At the union hall after the first membership meeting run by Hooker and his team, as members shared wings and pitchers of Budweiser, the new union officers passed out grievance forms and pocket-size, mint-colored books outlining the contract.

Clarence Bagby, a longtime shop steward and Hooker’s deputy on the executive board, fielded questions from members about potential contract violations and reminded them over and over: Don’t take supervisors at their word. Study the contract. File the grievance.

Some said they can already feel a difference.

“The old leaders,” said UPS driver Nicholas Ruggiero, “they didn’t stick up for us.”

That kind of backing is crucial at UPS, said Ruggiero, 32, who’s been with the company for 10 years. And the new leaders are on the ball. Last week, he called his shop steward at 12:30 p.m. about a problem and the steward arrived on the scene an hour later.

Joan-Elaine Miller, a driver who spent nearly three decades at UPS and once ran for union leadership, said it was remarkable that the new leaders were already out doing “building raids" — the practice of checking for contract violations, such as if a supervisor is doing member work. That was never the norm under the old guard, she said.

It’s the kind of support, the workers say, that makes a tough job bearable, that makes them feel less alone on the shop floor. And to Hooker and his team, as well as other union activists challenging the old guard around the country, that’s what a union should be.