What is a Union?

This is a question worth thinking about because the answer explains a lot about our lives at work. The simplest answer is that a union is an organization of workers that unites the workforce to bargain with employers. Why is it important for the workforce to be united, as opposed to the workforce being made up of individual workers, each with their own goals and interests?

Whether or not workers are united becomes relevant as soon as you start talking about things like wages, benefits, and working conditions. It is inevitable during your career that you will want to have a conversation with your employer about these things at some point.

Most jobs are not unionized, which means most people end up having conversations about wages and benefits with their bosses on an individual basis. If your employer is a corporation – as more and more of them are – trying to have a conversation with your boss as an individual puts you at a huge disadvantage. It’s not a coincidence that people have fared worse economically in a period where an increasing number of workers are going it alone.

What is a corporation?

Today, unions tend to bargain with big corporations like UPS or General Motors. It's worth stepping back a moment to consider what a corporation actually is. For one thing, corporations are highly organized, and laser-focused on their goals. Their goal is to maximize profit and market-share for investors. It’s important to understand that investors are the people corporations serve – not employees or their communities.

Sometimes workers and communities benefit from corporate activity, but those considerations are secondary. Legally, the corporation is designed to enrich investors, using workers like a raw material to achieve this end. In our political system of free-market capitalism, corporations have an overwhelming advantage over workers. In theory, corporations are meant to compete with each other for the benefit of all; in practice, however, corporations get rich at the expense of workers and their families. 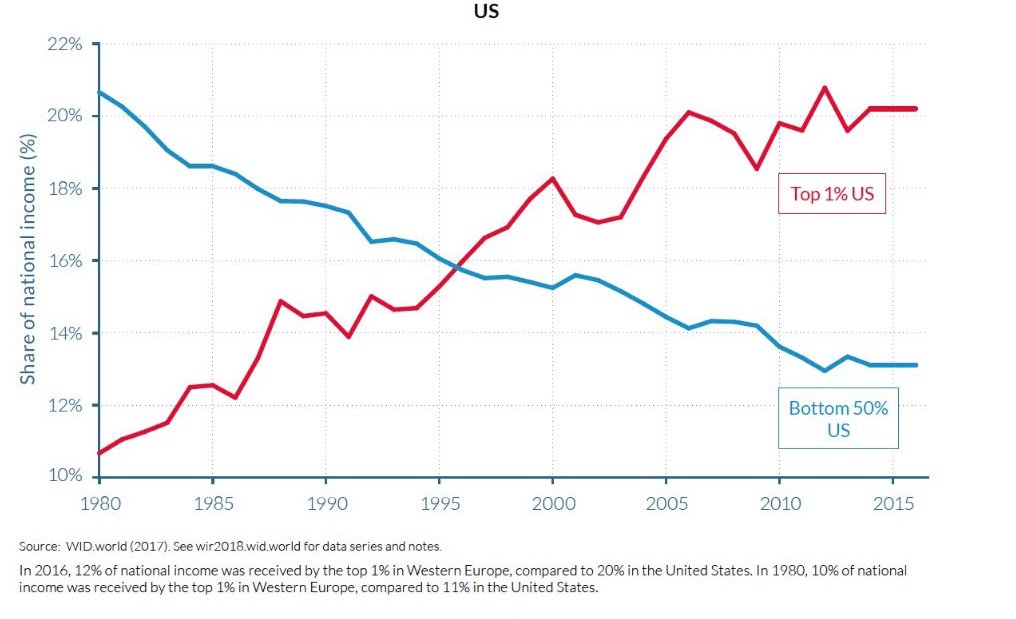 There are countless examples in history where a company’s employees might be living three families to a house (or even to a room), without adequate food or clothing or heat; but none of this creates any problem from the company’s perspective if the company is making money for its investors. In fact, poverty wages are seen by shareholders as a good thing –– the way you might see saving money on your grocery bill. The point is, the corporation’s goals are not legally tied to the welfare of its workforce.

Imagine that you want to have a conversation with a corporate employer about your wages or benefits – think for a moment about what each side brings to the table.

What do you as an individual bring to this conversation? Do you have lots of money? Do you have a lawyer on retainer? Do you have someone in Washington working on your behalf? Do you have a platform to broadcast your perspective, besides Facebook or Twitter?

Even more importantly, what leverage do you have in negotiations with your boss? Most individual employees enter these conversations thinking that if they don’t get what is fair, they will threaten to quit. But companies have purposely designed work so that they are not dependent on individual workers. Individual workers are easily replaced. If threatening to quit doesn’t impact the corporate goal of increased profits, the employer will have no incentive to bargain.

What is a strike?

The conversation over wages, benefits, and working conditions changes as soon as you unite with your co-workers in addressing these issues. Why would that be? Now the corporation is confronted with a workforce that is organized to defend its interests – in much the same way that the company has organized around its own. Now workers might be able to pool their resources; they might have group legal representation; they might have a political arm that supports friendly legislation; they might have a newspaper, newsletter, or website that is integrated with other publications advocating for workers and their communities.

Most importantly, workers now have leverage when negotiating with their employer. Instead of individual workers threatening to quit if they don’t get what they want, the workforce can threaten to shut the employer’s facility or network down. This tactic is called a strike.

Unlike the threat of individuals quitting, corporations care about strikes. The reason is simple: a strike directly interferes with their goal of maximal profit. Corporations care about profits. Anytime profits are seriously disrupted, a company is faced with a crisis. The executives in charge might be challenged or replaced. Investors might take their money and go somewhere else. The same is true for customers.

If the corporation values anything, it is stability and predictability when it comes to profit. The strike takes this away. Just the threat of a strike will make executives tread very carefully. It will make them wonder if paying their employees fairly might save them money in the long run compared to the amount of money they could lose from a strike.

This is the logic behind unions. I know people have strong feelings about them. But whether you like unions or dislike unions is irrelevant: Unions exist because they are effective at winning workers more than they would get on their own.

How do we know this is true? Ask a non-union employee. When was the last time they received the raise they asked for? Or any raise at all? Many times I have heard administrative employees being told, “Not this year, better luck next time.” Or part-time supervisors asking why the people they supervise earn so much more than them. Or full-time supervisors bemoaning how much more package car and feeder drivers earn than them.

Many people labor under illusions about what “work” is really about. It’s not enough to say to oneself, “I am a hard worker and I make important contributions to my company.” That’s important for your own self-worth, but it won’t get you a raise. It won’t save your pension. It won’t ensure that after a lifetime of working that you will have enough to live comfortably in retirement. If a company can please investors by eliminating staff or ending benefits, you can bet that investor needs will come first, and executives will be rewarded. What happens to workers is an afterthought.

Only a clear-eyed view of the relationship between workers and companies, their interests, and the conflicts that naturally arise between the two can move workers to the “doing well” end of the economic spectrum. Workers must accomplish this for themselves, but they can’t do it alone. If corporations are highly organized and laser-focused on their goals, then workers must be too. This form of worker organization is called a union. If you are among the minority of workers fortunate enough to have this advantage, don’t take it for granted. Get involved, learn, and take pride in calling yourself a member.