Local 623 Teamster shop stewards gathered at the Union Hall today for this year's steward seminar. As shop floor leaders at UPS facilities, from the Philadelphia Air Hub and Oregon Avenue, stewards are the first line of defense against management abuse and contract violations.

This year's meeting had extra weight as Teamsters prepare for a big year: the UPS contract expires August 1, 2023 and the Union may have to strike to win in negotiations.

After a presentation featuring members from Local 533 stewards discussed how important it is to resist management pressure to work harder and work faster, often at the expense of safety.

Teamsters Local 623 Secretary-Treasurer and Principal Officer Richard Hooker Jr. then led a presentation outlining the union's goals for negotiations and highlighted the work of Local 623's Rank-and-File Contract Committee. Hooker warned everyone against a losing attitude: "I hear some people say 'what are we going to give up?' that's the wrong attitude." He continued, "If we want to win we need to get out of that way of thinking. We should be asking what will we do to win!"

Veteran members, like Business Agent and Trustee Ron Camac, recounted the 1997 Teamsters strike against UPS. "It will get dirty" Camac said. "We need to be organized and ready at every gate to defend our jobs against scabs. And we will be."

"I say we're going on strike" long-time steward Geoff "Lefty" Lefkowitz declared. "I'm sure of it. And that's what I tell younger members," Lefty continued, "that way they will be prepared." Business Agent and Trustee James Romeo also reminded the crowd: "We were called 'essential' and we didn't get anything. Now is our chance, we need to be ready for a fight." 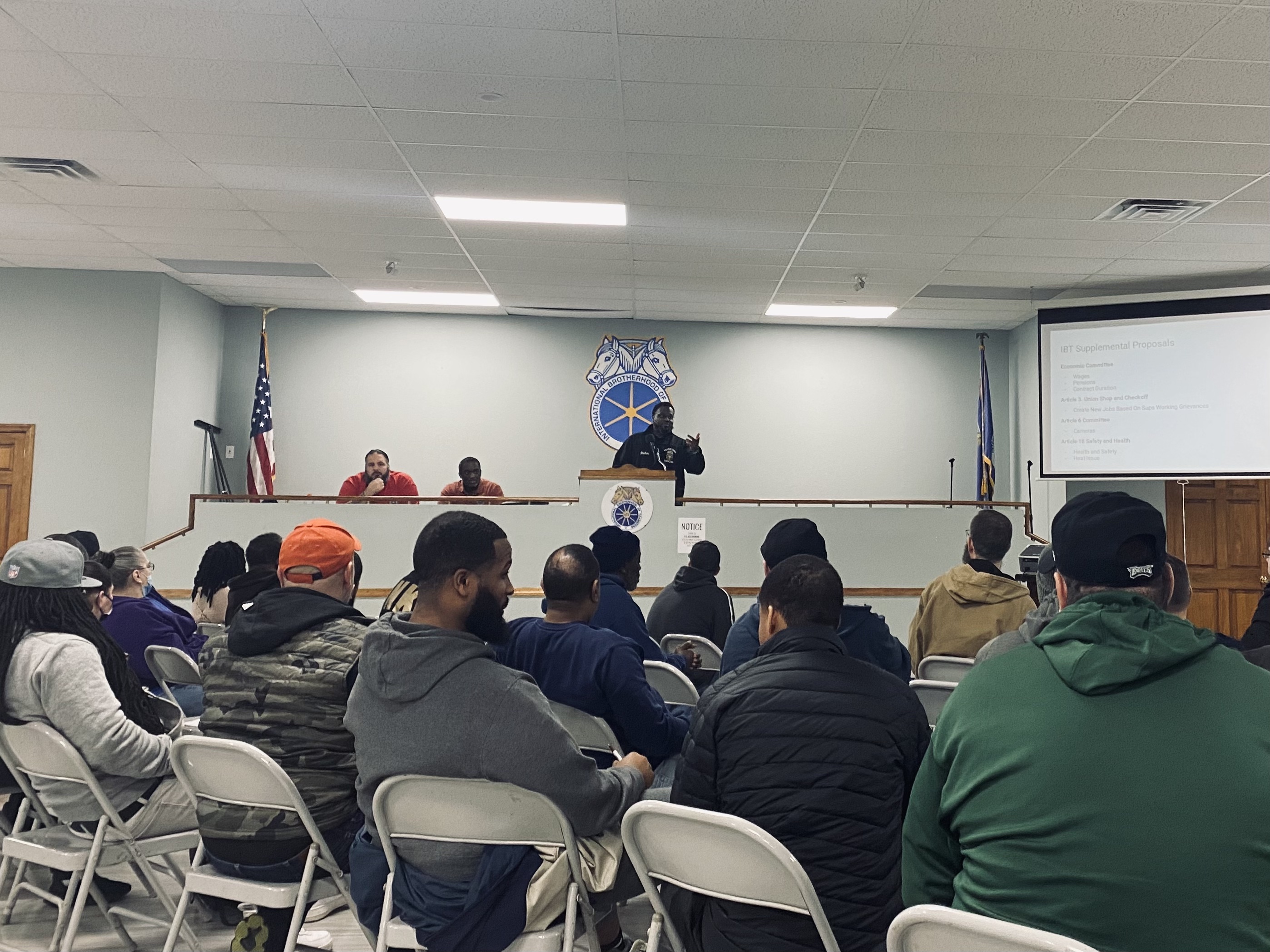 The training concluded with discussions of tactics and goals in the coming years. "August will be here sooner than we know," said air ramp steward Ryan Boyd, "but we will be prepared."

The Teamster Local 623 Executive Board plans to organize more steward seminars in the coming months to train strike captains, and develop unity around shared goals. 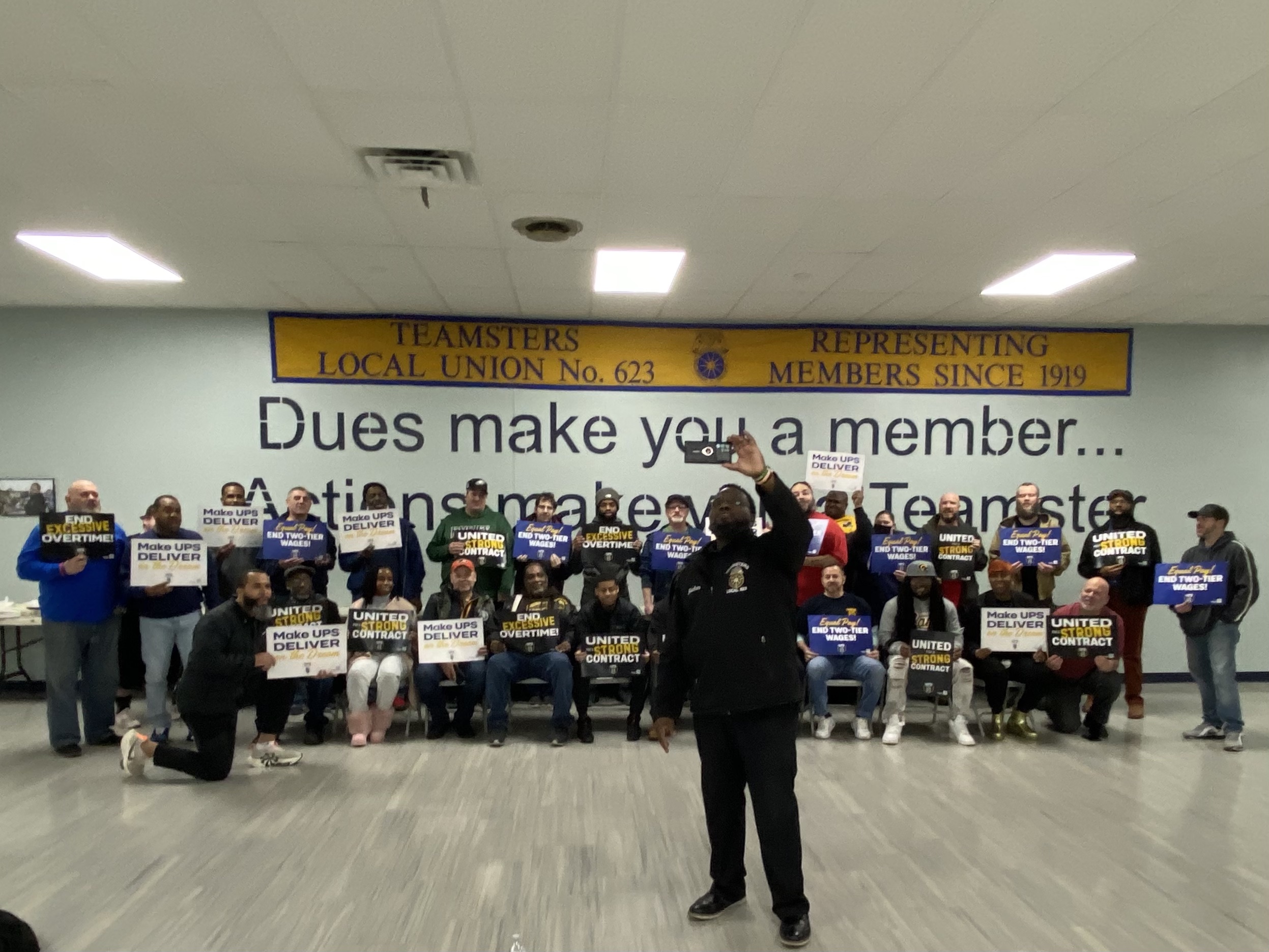