At the 30th Convention of the International Brotherhood of Teamsters, delegates passed a resolution to commit to mobilizing and organizing to "do whatever it takes" to win a strong contract with UPS.

Local 623 members know that winning a strong contract means being educated and involved. When our negotiating team goes to the bargaining table they should have all 6,500 Teamster 623 members behind them. That process starts with getting to know what issues UPS Teamsters care most about. If you haven't done so yet, be sure to fill out the Teamsters Local 623 Contract Survey.

Teamster Business Agents and your Rank-and-File Negotiating Cmte will begin handing out paper copies of these surveys on June 30th to kick off our efforts to reach every single 623 member and engage everyone in these contract negotiations. 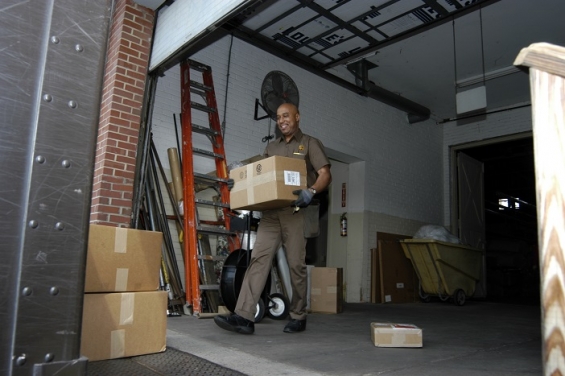 WHEREAS, United Parcel Service (UPS) is the single largest employer of Teamster members and the UPS contract is the largest private-sector collective bargaining agreement in the United States;

WHEREAS, UPS Teamsters have worked very long hours on the front lines as essential workers handling and delivering vaccines, medical supplies, food and other important items for institutions and North American homes during the pandemic;

WHEREAS, UPS Teamsters have helped the company make record profits during the pandemic, while not adequately being recognized for these efforts;

WHEREAS, a new UPS contract will be negotiated in 2023 and is more important than ever, coinciding with the brutal assault on labor standards by non-union competitors such as Amazon;

WHEREAS, a new contract must address the current problems facing UPS Teamsters, including forced overtime, supervisors working and other ongoing issues;

WHEREAS, UPS must value UPS Teamsters more by abiding by the current contract;

WHEREAS, UPS Teamsters are an integral part of the U.S. and world economy, and they help keep the global supply chain running smoothly;

WHEREAS, the Teamsters Union recognizes the importance of the UPS contract for all 1.4 million Teamsters in North America and for workers nationwide;

NOW, THEREFORE, BE IT RESOLVED, that the International Brotherhood of Teamsters will educate, mobilize, and unite all UPS Teamsters on the importance of negotiating the strongest UPS contract to lead the fight for secure health care, pensions and job security, and the union will do whatever it takes to successfully negotiate a contract that will hold UPS accountable and build on the success of past contracts.