Teamster delegates voted to eliminate the “2/3 rule” that was used to impose the 2018 UPS contract on Teamsters against their majority vote. This is a big win for union democracy and for rebuilding the Teamsters union. 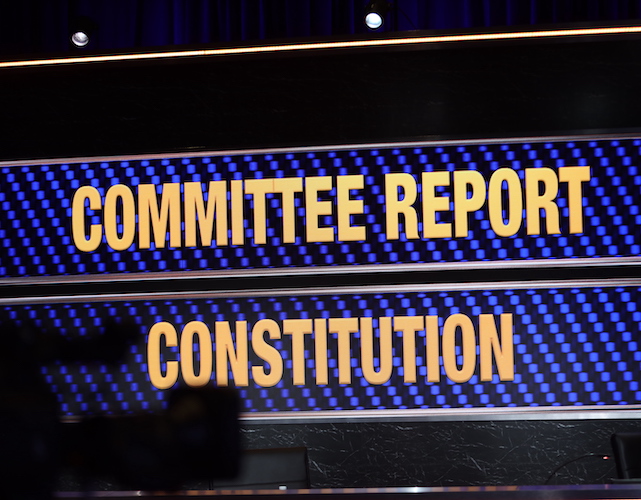 Delegates also voted to amend the Teamster Constitution to require rank-and-file members on all contract negotiating committees at the local and national level. The amended language will now read:

“All negotiating committees established and tasked with negotiating collective bargaining agreements between a Local Union and employers shall include rank-and-file members who work under such agreement or, with respect to a first contract, who are members of the bargaining unit that will be covered by such agreement, and they shall have the right to fully participate as members of such committee.”

Other Teamster Constitution amendments can be found here.