Soon UPS Teamsters will see an official posted notice from the National Labor Relations Board (NLRB) hung outside the Day Ramp offices at the UPS Philadelphia Air Hub. The poster – which makes clear that UPS must uphold the rights of union members – was ordered hung by the NLRB as part of the settlement following UPS’s violation of federal law.

It’s no secret that UPS management retaliates against union members for standing up for their rights and the rights of their co-workers – but it’s not always easy to prove that management’s dirty tricks are, in fact, illegal. "Every UPS worker knows that the company loves to harass and retaliate against our members" said Richard Hooker Jr, the Principal Officer of Local 623, "This is who they are."

But thanks to Teamster Steward Ryan Boyd we now have confirmation that UPS has a habit of breaking the law. 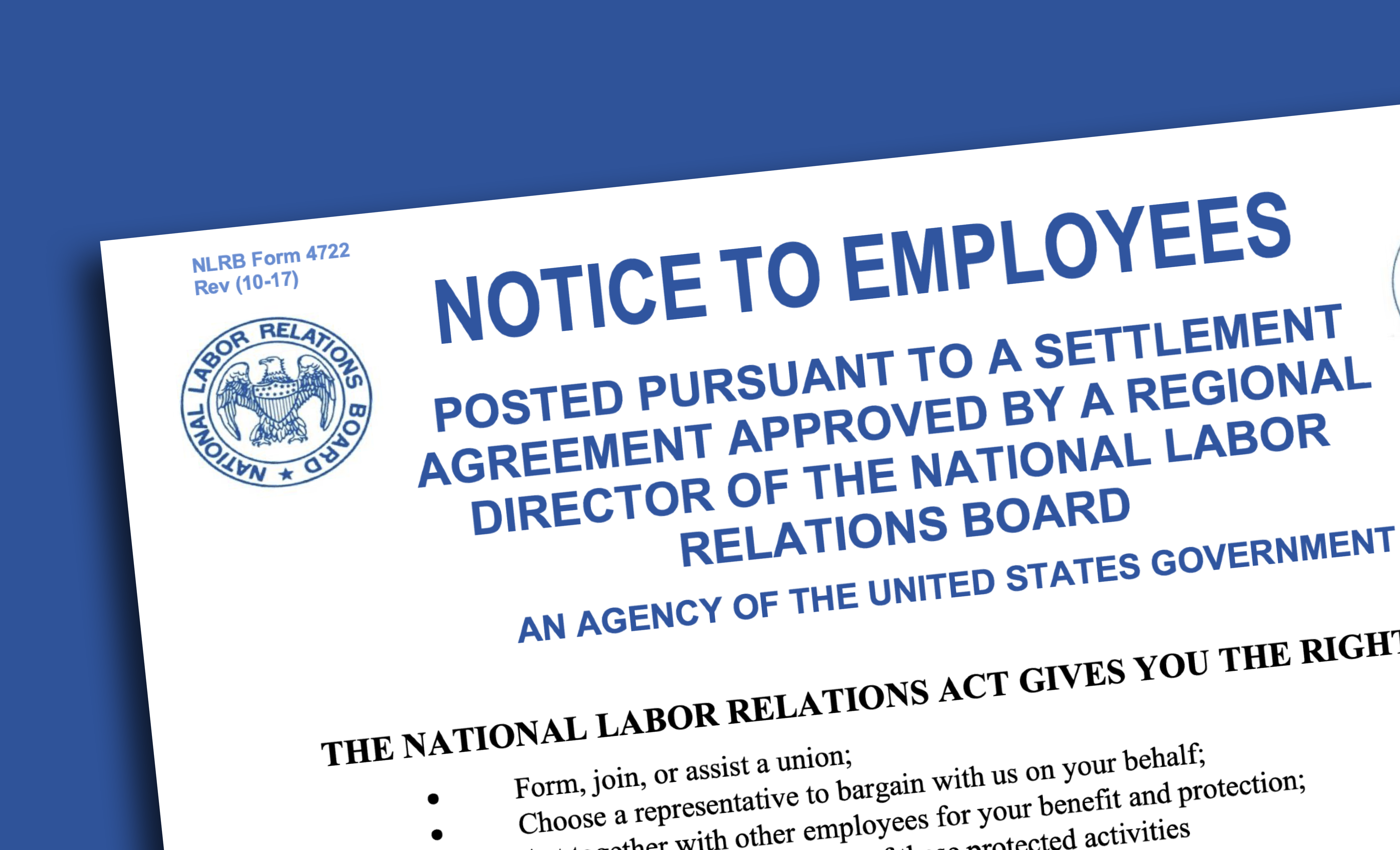 Brother Boyd first filed an Unfair Labor Practice (ULP) charge back in November of 2021. He charged that the company had “threatened retaliation in response to protected activity” when he witnessed management try to bully a member who was filing a grievance for retaliation. The manager said, “If she wants to play retaliation, we can play retaliation; we can play that game.” And then instructed his full-time supervisor to change the work detail for her whole crew, stating that they would no longer have downtime or a relaxed lunch period and would be made to work harder.

It was a clear example of retaliation and a violation of the Labor Act.

According to Ryan, “I told him he could direct the workforce any way he needed, as long as it was safe, but he couldn’t do it in response to the grievance. He didn’t listen to me so he ended up having to listen to the NLRB.”

This was one incident out of many and Boyd was able to establish a pattern of this kind of behavior over a period of six months. Boyd credits this as the key to success: “You have a six month window to file a ULP charge, and it pays to gather as much evidence as you can. Otherwise you run the risk of it turning into your word against theirs.” Despite UPS pleas to the contrary, the Board recognized management’s actions as unlawful.

Astoundingly, after charging UPS with retaliation, management actually threatened the membership for filing the ULP, claiming they would approach discipline more harshly as a result.

"One of the things I hate is a bully" said Business Agent James Romeo "after Ryan filed the ULP charge management began to make more threats. I got with Ryan letting him know about what we heard." Boyd wrote another charge and, with Romeo's help, was able to make it stick. After an investigation the cases were found to have merit and UPS was forced to settle with the Union.

"This is the formula to win. We win if we fight back, but most importantly we win when we fight them together" said Hooker, he added that he would like to see more members file charges when UPS breaks the law.

The settlement includes an acknowledgement that UPS violated the law and a public promise that they will not do so again. It’s a win for the Teamsters and allows us to hold UPS management to a higher standard.

This week we owe a special thanks to UPS Ramp Steward Ryan Boyd for taking on this fight and winning.