Solidarity with the UMWA in their struggle for dignity, respect, and a fair contract.

Teamsters Local 623 Executive Board approved a donation of $1,500.00 to the United Mine Worker of America strike fund to help in their ongoing struggle against Warrior Met Coal. The miners have been on strike for more than four months against their employer in Tuscaloosa, Alabama.

If you would like to support the strike fund please go to umwa.org/umwa2021strikefund

Secretary-Treasurer Richard Hooker Jr. sent the following message along with the Union's donation: 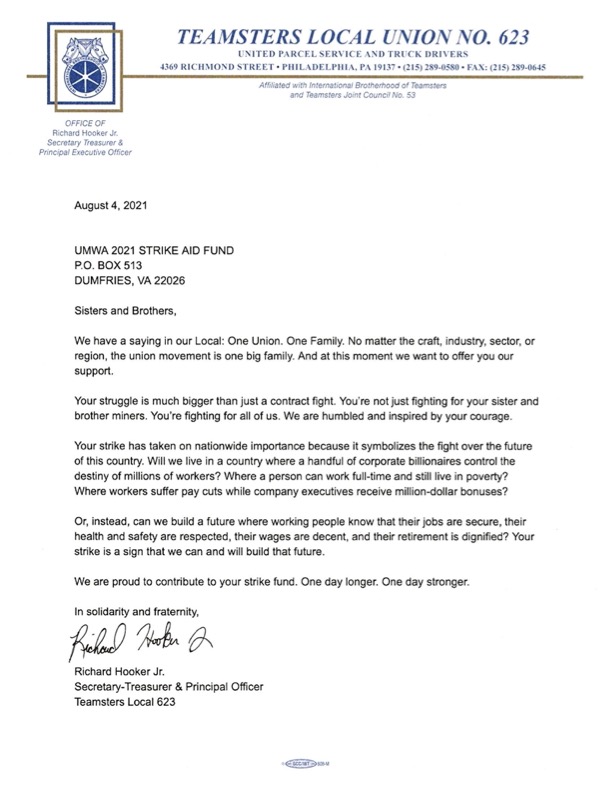