MONDAY, OCTOBER 19, 2020 – At 6:30 AM near Front and Oregon Avenue Teamsters Local 623 members gathered around a 15 foot tall inflatable that the Union calls "Concessions the Cat." The Union is protesting a new policy at UPS that will raise the wages of newly hired temporary workers at one facility without providing raises to any other workers. "Split wages, split unions!" shouted Business Agent Tom "Tiny" Callan alongside UPS tractor-trailer drivers, package car drivers, and warehouse workers.

UPS has posted soaring stock prices and billion dollar profits, but the Company has refused to provide hazard pay or raise wages for Union members who have worked through the pandemic. 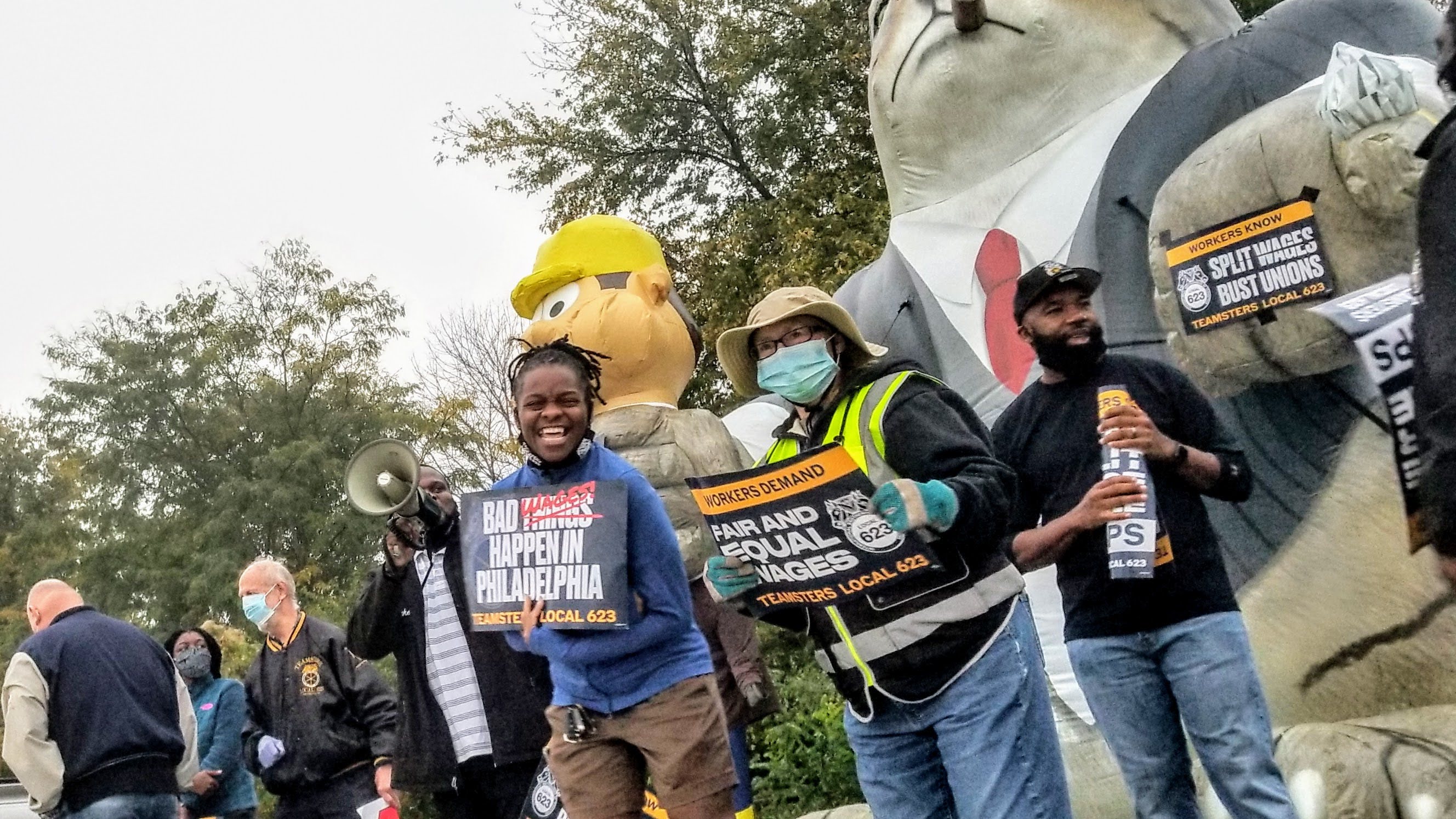 As UPS moves into its peak season they will hire new workers at their Philadelphia airport facility on 1 Hog Island Road at a rate of $16.50/hour. Long-time Teamster members who have worked through the pandemic are not entitled to the new wage rate and many make significantly less than the new temporary rate. "UPS used to have a slogan, 'What Can Brown Do for You?'" said Teamsters 623 Secretary-Treasurer Richard Hooker Jr., "Pay up!" members shouted back.

The Union is demanding that all workers who make less than $16.50/hour be raised to that new rate.

Local 623 wasn't alone on the picket line, members of the Philadelphia Federation of Teachers (PFT-Local 3), the Brotherhood of Maintenance of Way Employees (BMWED-IBT), and members of other Teamster local unions showed up in support. Also in attendance were Nikil Saval, State Senate candidate for the First District and Elizabeth Fiedler, State Representative of the 184th District.

The union plans to continue to picket the employer over the split wage policy. Tomorrow and Wednesday members will meet at the UPS facility at 1 Hog Island Road to continue the campaign. 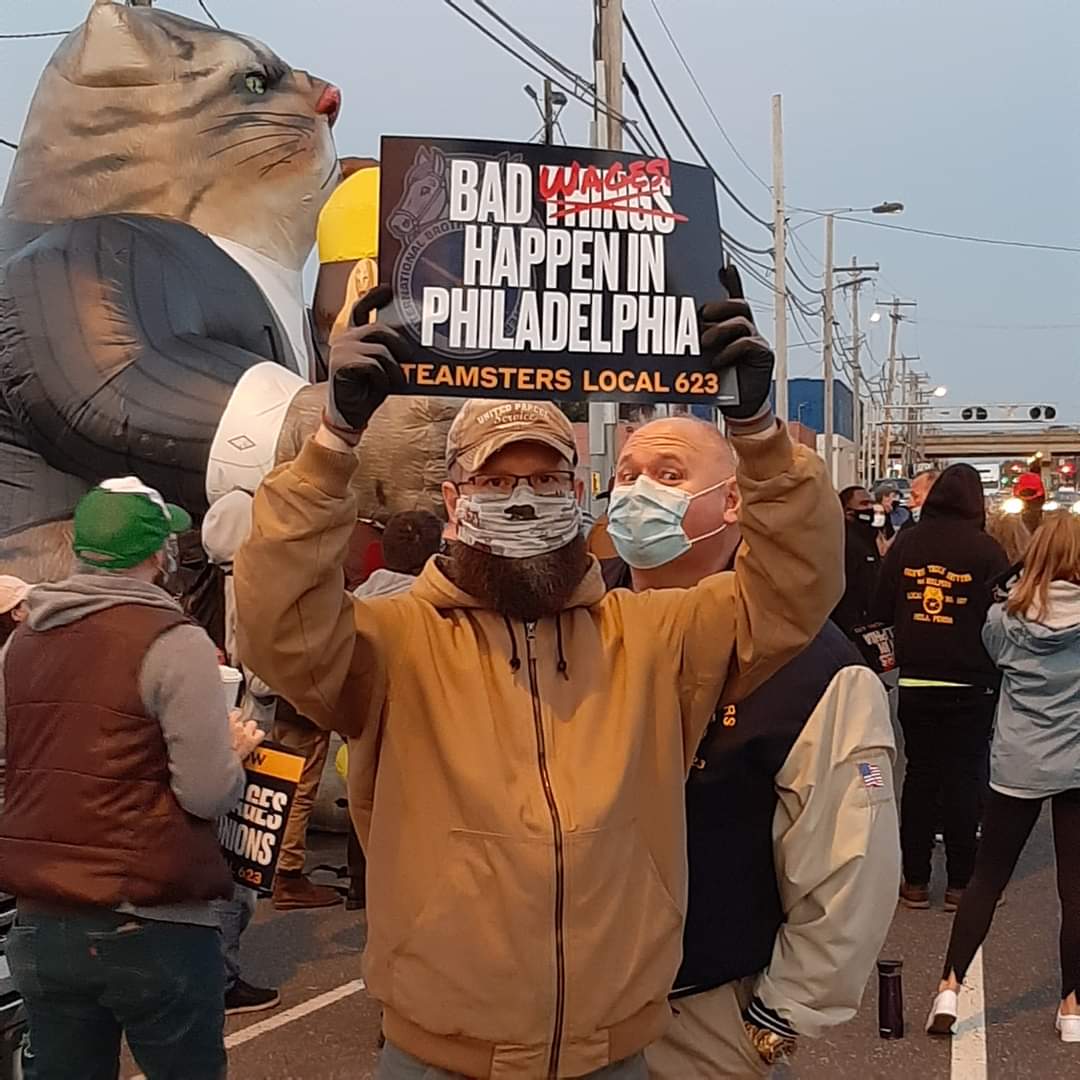 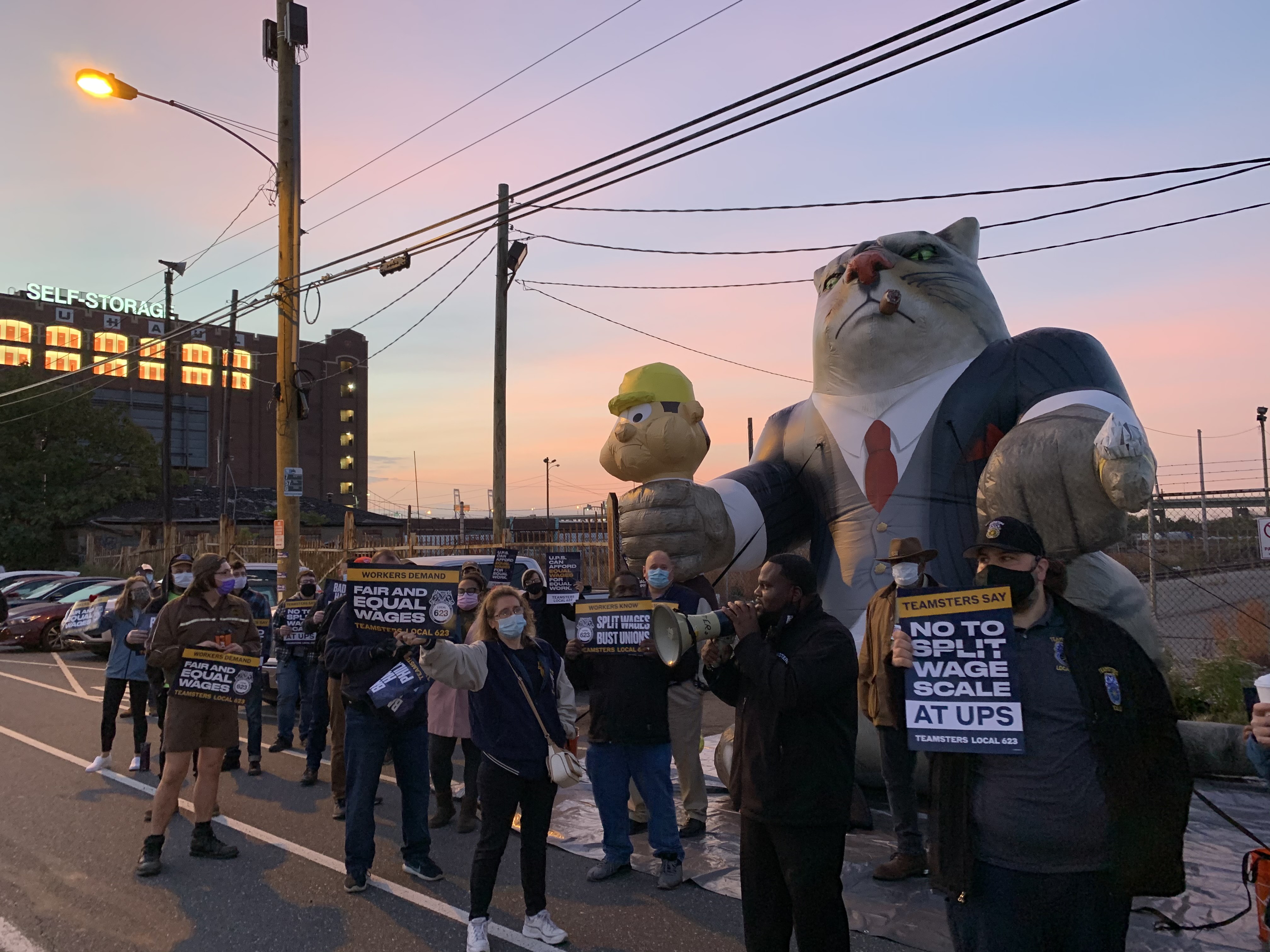