It's heating up. In August Local 623 will be out in force to beat back new cameras and security protocols. 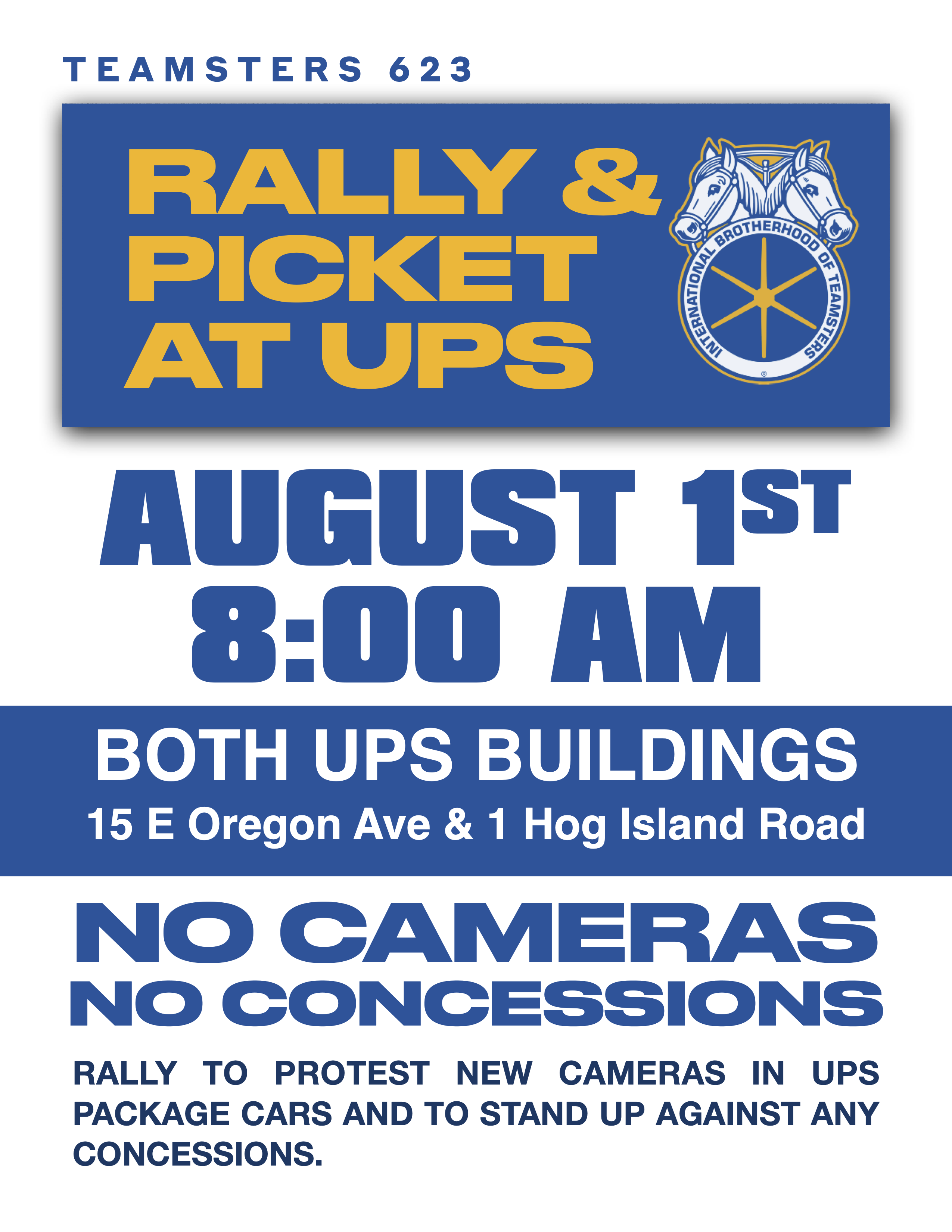 We want you to get involved. Submit a slogan for Teamsters Local 623 to rally behind! Union leadership will review all slogans submitted and pick a winner. The winning slogan will be printed on our picket signs and banners for August 1st.